Get your Dragon ON!

Hey Spring Breakers! A weeklong Rep Boost starts TODAY! Spring into battle with a 15% boost on Sir Ver and Evil Sir Ver. All other servers have a 5% Rep Boost.

Rep Boosts are pretty sweet, but how about an epic Armor Set that is only available for a limited time?

Check this bad boy out! Yeeaaaaah!

Harness the power of the DragonClaw by buying any AdventureCoin bundle of $4.95 or more.

What a deal! I spend more money on my morning coffee—and that only lasts an hour! But your DragonClaw Armor Set will last a LIFETIME of adventure!

Get your DragonClaw Set now!

The Carnaval /Party is here!

Carnaval (or Carnival/Carnivale in other parts of the world) is the world's largest party. Every year more and more people from all over the globe celebrate this festival of fun and transformation but NOBODY does it like Brazil! It is a week-long party full of parades, food, fun and friends where your normal life is overturned and everyone generally goes nuts, and it's finally come to LORE!

In the town of Terra da Festa, the party is in full swing bringing you amazing party outfits inspired by those seen in the streets of Rio de Janeiro. Some of out Brazilian players have complained that the previews of the outfits were not a revealing as the real deal, but we wanted to keep the game friendly for everyone so we had to tone them down a little. 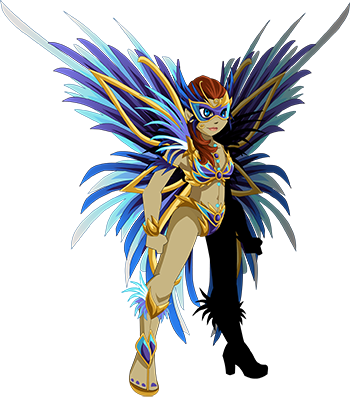 Members will find special bonus quests with special Member Only rewards, but there are shops and an AC Rares Shop and other quests for everyone to enjoy! In an AQW first, players from Brazil will find the ENTIRE release has been translates into their native tongue. 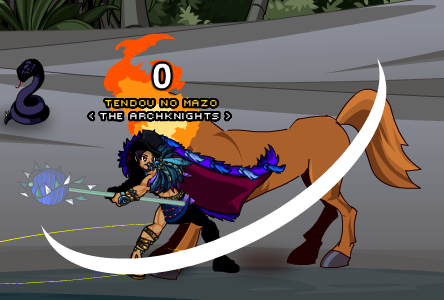 Batista, one of our volunteers, translated the release!

We've got SO MUCH for you in the permanent Carnaval map:

This was a REALLY BIG challenge for us and not something we can do every week or for every country but if this works maybe we can do it more often for future events. 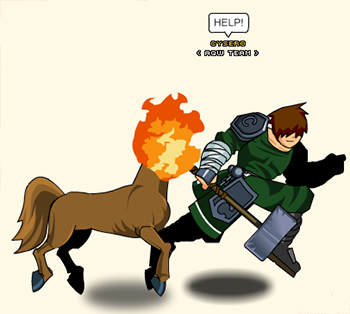 Don't let the Mula Sem Cabeca get you!

We want to thank all of you for your support! Obrigado Pelo Seu Suporte Have fun and Happy Carnaval!

Login This Weekend for Server-Wide Boosts!

Login tonight and throughout the weekend on Member Servers for 20% more Rep, 10% more XP, and 5% more Gold when you battle or complete quests! Regular servers will get the 10% XP and 5% Gold Boosts! These boost stacks with the AC XP Boost available in the Class Shop in Battleon, so if you needed help leveling up, this is the weekend to play!

/Party up to take down bosses and grab ALL the gold!

This year you get a double dose of international celebration! On the other side of the planet in China, everyone is gearing up to celebrate Chinese New Year on Sunday. In Akiba the princess of Yokai Island,Ai No Miko, and the river dragon Panlong need your help once again. 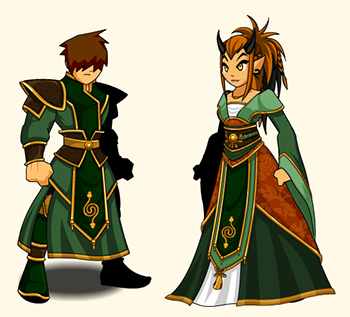 In AQW it has become tradition that we sell a Non-Member AC pet to go with the theme of the Chinese New year. This year it's the Yokai Water Snake to honor the year of the snake!  We are adding a few truly amazing Rare items that you will never see again in the Chinese New Year Shop too. Such as...

Tyronius's Prismatic Water Snake set (Armor, Helm and Cape will go rare. Not the Sword(s)) and the... 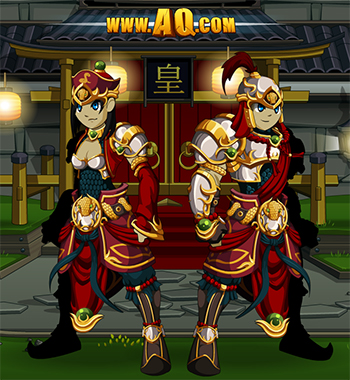 This morning it was our pleasure to meet the first winner of the SHUT UP AND TAKE MY RARES contest, Sky1k3. He gave us permission to reveal his identity to the community at large so now you can get to know him too. 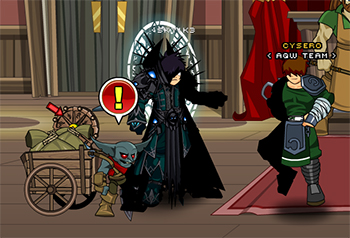 For his prize he selected the Bloodletter of Nulgath which came directly from the inventory of one of Cysero's alts. That character is never allowed to get the item again.  Cysero got to hang out with him and his entire guild, Soul Inside, who are from Indonesia. They taught Cysero a few phrases in Indonesian (Cinta Indonesia!). He's been playing since 2010 and has been a Member since early last year.

Since his home town is 12 hours ahead of the Secret Underground Lab eventually he got sleepy and needed to go to bed but it was a lot of fun and Sky1k3 wishes you all good luck in the next SHUT UP AND TAKE MY RARES drawing!