Let's Be As Clear As Possible

First, some changes have been made to the Hardcore Paragon Pet being released later today. 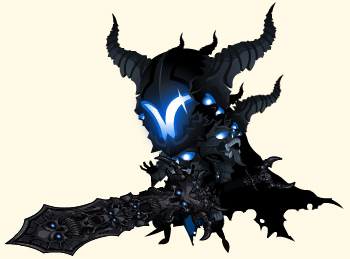 After announcing the extreme challenge quest and rewards in YESTERDAY's DESIGN NOTES, we sat down and did a little math. As of yesterday the quest was to collect 13 drops at 2% drop rate, which would give you 66 legion tokens OR a 1% chance to get the Dual BladeMaster Katanas or the Living BladeMaster armor. 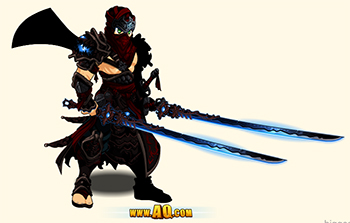 Let's Look At The Numbers

Most of the time, winning battles against binky take an hour on average.

The item drops are 1%, meaning it would take, on average, 99 quest completes to get one of them.

That is 7.3 years of straight playing without eating, sleeping, pooping or doing anything else.

There is no accounting for luck, (and I just KNOW that some lucky turkey is going to get one of the drops on their first turn in) but still it seemed a LITTLE unreasonable to play a game longer than it's been alive to get a single quest drop. Granted, when you got it you would feel like a GOD but even Dage isn't that evil.

Dage has requested that the drops be lowered to 1 rib, rather than 13. It's STILL a VERY HARDCORE quest requiring an average of 206 hours of gameplay, but a lot more possible to actually complete. The Legion Token reward has also been raised from 66 to 250 per turn in.

A lot of people also pointed out last night (thank you) that while an optional hardcore quest seems like fun, the POINT of a Paragon Pet is to be able to farm Legion Tokens faster or at least easier then you could without the pet. It was a very good point.

I've added a second quest (this one is a daily) that will require 20 drops (25% drop rate) off of the Ultra Chaos Warrior, but the reward is 100 Legion Tokens. Not the fastest way to earn Legion Tokens but faster by far than not having the a Paragon Pet. The quest and monster also both drop rather a lot of XP and gold so it's a good place to farm to approach max level.

If you have 0 Tokens now, get the Hardcore Paragon Pet, complete his quest once a day for the next 20 days, you will have enough to get the Legion Token version of the new BladeMaster Class and still have time to spare before it goes rare.

Dage has also created the LESSER CALADBOLG (which is just as powerful as the original but harder to get and with no glows or animations to cause lag) which has been added as another 1% drop to the Binky quest.

The Hardcore Paragon Pet is showing up in Dage's Birthday Shop later today and will cost 2000 ACs like all of its brothers before it.

ONCE AGAIN: This pet was made with HARDCORE players in mind. The first quest isn't unfair to anyone because it's not required and completely optional. This is a CHALLENGING quest for people who were asking for a CHALLENGE.

We're suprising Dage the Evil with a birthday gift... for you!
A Gold Boost has been added to all servers (with a higher Boost on Member servers)! Legion farmers: now's the time to get the gold you need to buy the gear you want! 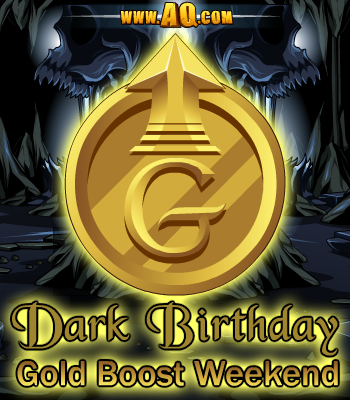 Remember: check out Beleen's Design Notes for a breakdown of all the birthday gear he's crafted for you! Plus: The Paragon Pet in Dage's Dark Deathday shop will get NEW quests next week! Those quests will drop Legion tokens to help you grow within the ranks of the Undead Legion!

Her assistant grabs a quill and scroll, hurrying to record the prophecy the crone gasps out:

Time and fate, the warrior's bane, when eternal glory is the ultimate prize.

New soldiers flood into the shadows surrounding the SoulForge, vowing loyalty to Dage the Evil, ruler of the Underworld. He knows a weapon is only as deadly as its creator... and the metal used to forge it.

What is dead may never die, and he will see the Legion rise.

Looking over the masses of men and women sharpening blades and polishing armors, he sees a new future taking shape. The souls before him will make great warriors IF their edges are sharp enough.

Behind the SoulForge, a hallway lies.

Many battles lay ahead if they are to fully conquer the UnderWorld. Even now, the creatures within it resist, but they are no match for Legion soldiers. No army in history has been stronger, more controlled, or gathered for a greater purpose.

Look through the mirrors to new skies.

The past is dead, he knows, and the dead gone to a realm he cannot touch. Dage looks to the future, to the blades he he will craft, the warriors who will wield them, and the wars they will wage. The Undead Legion are strong, but he will make them stronger. And as their power grows, so does his own.

Where all will fear their battlecries.

Victory waits. Will YOU join the Undead Legion?