How is Meme Formed?

The Memes you Love now in AQWorlds! 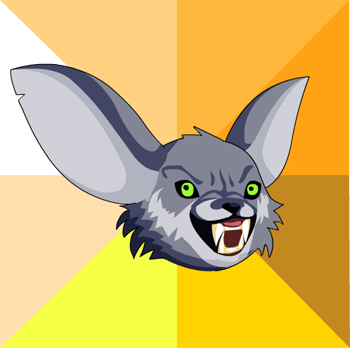 Today we are releasing a shop FULL of your favorite memes—in Moglin form! Later this afternoon, check your Game Menu for a shop loaded with Pet and Battlepet... Memeglins!

Week at a Glance

Happy Monday everyone! Did you enjoy the weekend? Let’s recap in case you missed Friday’s brand-new fun in your favorite online adventure game! 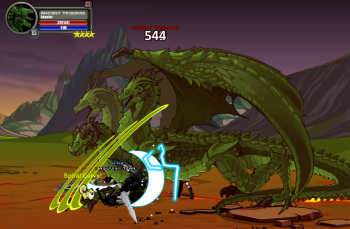 We have a bunch of awesome stuff coming this week, too! 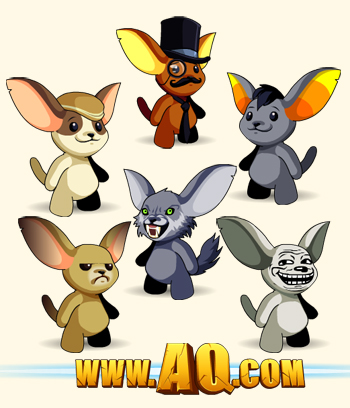 We normally slot our Tuesdays for Featured Artists, but this week we’re changing things up a bit. I mean, what could be more epic than Meme Moglins, anyway?

Get your Robot On in Diozz’s Featured Artist Showcase Shop from the main menu! And then tomorrow we will release the Meme Moglin Shop in its place.

Sure, Friday is like 5 days away, but it’s never too early to get a head start!

There you have it! Now I must begin work on this week’s release!

That Moglin always has the coolest gear!

Why hello my lovely heroes and villains =D Tomorrow is going to be the best day ever. Why? Not only is it Friday (and Fridays are always awesome, duh), but Quibble Coinbiter is also headed to Battleon! Yippee!

Quibble Coinbiter is everyone’s favorite sales Moglin who travels far and wide, collecting never-before-seen Items to add to your impressive collection. No one knows if—or when—Quibble’s Items will go permanently Rare, so your best bet is to get all the goodies in his shop just in case it’s the latter! 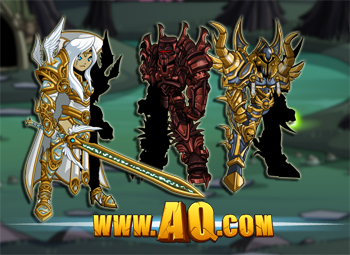 Do you ally with Good or Evil?

That slick Moglin also has the uncanny knack of showing up right before the next Lord of Chaos strikes… and always seems to know an awful lot about the Chaos Lords, too.


Cryomancer Nax will also have an Ice Skull helm!

No one wants the Lord of Chaos to win (well… except for Drakath, who is all bent out of shape because we wouldn’t make him an in-game Mod), so suiting up in Quibble’s sweet swag is one of your best—and most fashionable!—defenses against the Chaos uprising. 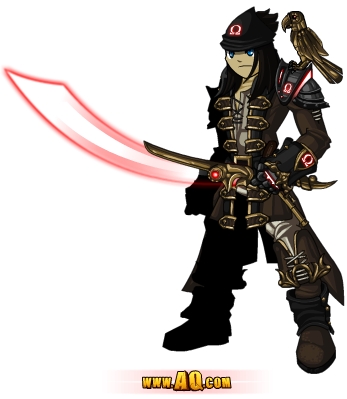 T
The opposite of Alpha Pirate is... Omega Pirate!

Let’s get real here, folks—Quibble stocks Battleon with epic Armors, Helms, Weapons, and more, but he charges the AQW Team a hefty price. It takes a lot of time, energy, creativity, coffee, and money to craft these amazing items featured in Quibble Coinbiter’s Shop. 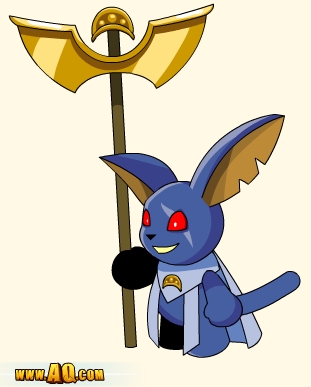 But you can help! Your kind donations in the form of AdventureCoins and Membership purchases go towards helping AQW grow bigger and better every week. We could not have made AQWorlds without your help and

support, and any donation made to us is greatly appreciated and continues to make AQW your favorite online MMO!

Become a real life Hero to your friendly AQW Team! Help support us by Upgrading to a Member today and by purchasing an AdventureCoins bundle =D

You guys and girls are awesome, and I look forward to continuing our adventures together! I wouldn’t want anyone else to battle alongside as we defeat the 13 Lord of Chaos! Let’s Battle ON!

Field guide to the Good, the Ebil and... Twig?

Moglins are the cuddly* and adorable** mascots of our game. Their origins are a mystery but the Loremasters say they have protected the forests since the times when Dragons ruled the world. With their magic healing powers*** and pure heart  s**** they represent all that is good in the world*****. The most famous Moglins are well known to most of you... but for those just joining us this year, here is a helpful guide!

There are many other moglins in the world... Truffle (the rarest moglin because she has wings), Quibble (the never-before-seen-used weapon salesmoglin)... and many others. Each has a unique story, appearance (Well, except for Invisi the invisible moglin), and ability. During your adventures you may encounter these creatures. Do not dismiss them due to their small size. It should be known that Moglins hold a significant role in the balance between Order and Chaos. Why do such little cute things always hold such secrets?

Forum Question: If you were a moglin, what would you look like? What color would you be? What would you wear? Would you have any markings or powers?

I Leveled Up IRL!

Today I turned another year older… and turned Moglins PINK!

Thank you everyone who wished me a Happy Birthday on my Twitter =D It was SOO nice of you all and it made me feel so wonderfully warm on the inside… which was LOVELY considering it was 29 degrees outside! Burrrrrrrr!

I have such awesome friends! <3 <3 <3 <3 And I wanted to give you all something special for making me feel equally special ^___^ 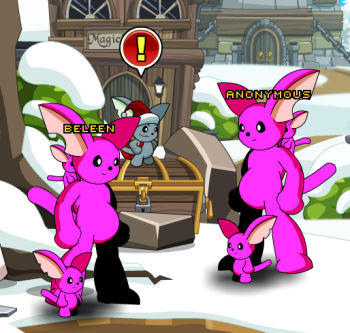 So here you go! I added 4 pink-a-licious items to Quibble’s Shop! Here’s your chance to get the Totally Pink Moglin Morph armor, the Hangin’ Around Pink Moglin cape, Cute n’ Cuddly Moglin Helm, and the Super Adorable Pink Moglin pet!

I priced these items in a very certain way. Can you figure it out? Hehehehe!

Oh yeah! Since my Bday kinda fell mid-week, I’m having Quibble hold on to my items until Friday =3

*Due to popular demand, I'm letting Quibble hold onto my bday items until the new year! After that, they will go PERMA RARE! Thank you everyone for making my birthday the best one yet! ^_____^