The river runs red for both Trolls and Horcs!

Chaos and paranoia have infected the residents of Bloodtusk! There is no chance of peace now; not when the Trolls fear a Horc Chaos Lord is attacking them and the Horcs fear a Troll Chaos Lord is determined to crush them! 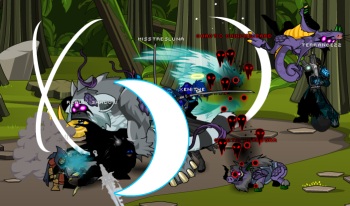 Each side wants YOU to battle alongside them to save their home and keep their people free! Grab your sword, equip your stoutest armor, and bring a BIG backpack because there's a LOT of loot to grab!

The boss battle will be determined by the intensity of the fighting. There is no telling what vile creation this mysterious Chaos Lord is planning for the end of the war, but you can bet he is waiting and watching... he will choose whatever hurts you the most!

Both AC Rare shops will disappear once this epically divisive war event is over, so get your gear while you still can! The merge shops (and the merge shop drops) will continue to be available once the war is over. The war itself is permanent content. 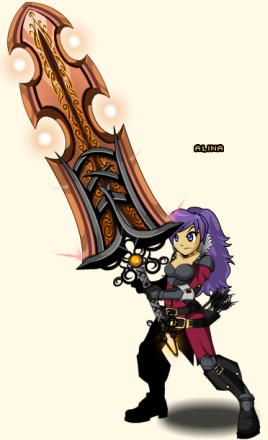 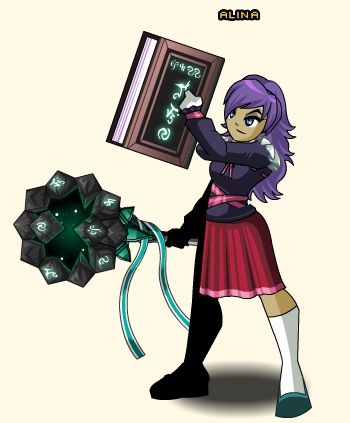 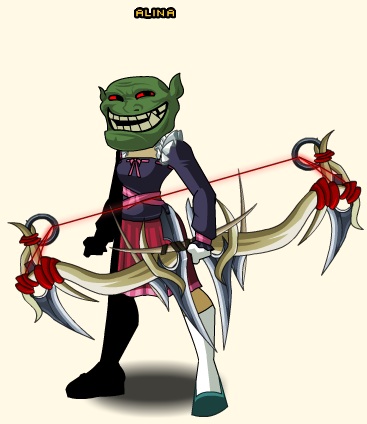 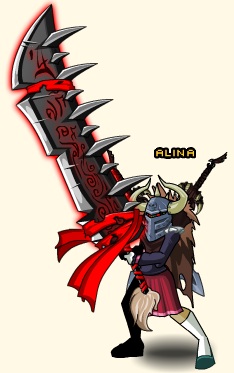 Cysero says: Members get your Keys!

If you haven't heard about the new Treasure Chests, here is how they work: As you adventure you might find a Treasure Chest that can only be unlocked by Twilly in BattleOn by using the Magic Treasure Chest Keys that he sells. Each chest contains a random EPIC item! As a AQWorlds Member, Twilly will give you TWO FREE KEYS every month for the duration of your membership!

Except last month when a small bug caused most Members to get a LOT of free keys.

Members, the time has come for you to claim this month's keys for yourself!

Simply follow that button, Complete the quest given to you and just like that... 2 more Magic Keys! This only the lastest in and increasing list of AQW Member Benefits!

This Free Keys quest resets on the 1st of every month but you can complete it for your free keys at ANY TIME during the month for as long as your membership lasts. Just don't forget to visit Twilly at least once a month. If you skip a month, you miss out on your two free keys!

I don't think that remembering will be a problem considering that we have been and will continue to add new items all the time including TODAY! Remember that they are all set to a cost of 0 AdventureCoins so you can store them for free in your bank (like all AC items) and the keys are only 200 Acs so you can easily complete an AExtras offer for another key!

Happy adventuring and if you find a Treasure Chest... good luck!

Yarrrrrr! It be almost Talk Like a Pirate Day in these here parts! On September 19th, all you landlubbers will have to find your sealegs, because we're going dubloon-or-nothing with this year's TLaPD rares! Mennace has made a whole hull's worth of the saltiest loot in the land! And Dage's Platinum Naval Commander will have all you lily-livered scalawags full-blooded pirates before the day is done!

The Brasilian Independence Day shop will remain until Monday! Get your gear while it's still here!

Back from Con and busier than ever!

We are back from Dragon*Con! Thank you to all of you who came to see us, it was SO COOL to get to meet you all, and hear all your excellent (if occasionally unfeasible) suggestions! Artix is going to write a BIG post about all the AWESOME events that happened at Dragon*Con this weekend, but right now we're going to fill you in on what will happen this week in AQWorlds. We've got a LOT planned and very little time to do it. So lets get started!

Two races. One land. A recipe for WAR!

If you've been keeping up with what's happening in Bloodtusk Ravine, you'll know that there is an uneasy peace between the Trolls and the Horcs. Not all of the Trolls and Horcs are for a truce, though, and when Chaos rears it's divisive head this week, the ravine's river will flow with more than just water: it's not called BLOODtusk for nothing!

With EPIC war rares and lots of loot that you'll only be able to pick up here, this will be a war to remember as some familiar NPCs gain new roles and raise their voices for and against war. And keep an eye on all of the Bloodtusk residents. One of them is more underhanded than they seem...

Obrigado, Brazil! (That's the only Portuguese word I know. How do you say "Happy Independence Day, Brazil!" and "Enjoy the epic rares!" Someone let me know! Those online translators make mistakes sometimes.) We've got some awesome holiday rares coming your way to celebrate Brazilian Independence Day! If you live in Brazil (or just think the colorful items they've inspired are awesome), then you'll want to check out these celeb-rockin' items!

Pictures will come tomorrow once the shop rolls live since Samba is working on schoolwork and recovering from Con today.

Many people on Twitter are asking "Why do Brazilian players get a shop for their Independence Day and not (their country)?" Our answer to that is: Brazil has one of the largest (and friendliest) numbers of AQW players in the world.  This is just a way to say "thank you" to the entire nation of Brazil for their overwhelming enthusiasm for AQWorlds!

SO many of you Members are flooding us with requests for your two free Treasure Chest keys. We want to give them to you, as well! And we will, just as soon as the code to do it gets written up.

What we've realized is that it will be easier to have a monthly member-only quest which will give the keys as a reward (a quest like the treasure chest turn-in). Once we get that set up, you'll be able to get your two free keys.

If you attended Dragon*Con and saw us at the Panel, fan table, or just wandering around, then you probably got your name on the list for a Dragon*Con pet! (And really, who wouldn't want a chibi, candy-throwing Zazul pet?) MOST of the people who wrote their account names down on the list have received a "DragonCon Not-Yet-Pet" item which will turn into the REAL pet once Dage finishes making it. 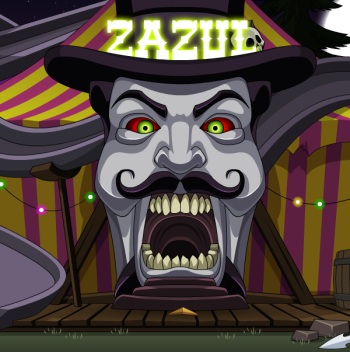 However, there were some people who wrote the wrong information down, or whose handwriting got blurred. If you don't have your D*C placeholder item in your inventory yet, please let me know on Twitter or by contacting Customer Support (though Twitter will probably be faster). We have a list of names to check against and ways to match your info, so attempts to sneak onto the list will be met with gentle laughter and a "Sorry!" 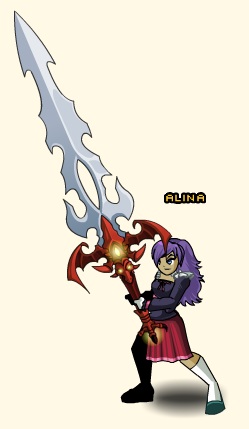 You might also have seen some people with a Dragon Khan blade in their inventory. You DON'T need to have gone to Con to get this crazycool modified DragonBlade! So long as you can get the code from someone who has it, you can use it to unlock Valencia's shop and wield one of your very own!

CRAZY! AQWorlds' third birthday is in a month, and so is Third Upholder (with the attendant gift-badges and loot galore!) We're starting to plan out what we want to do for it, but what would YOU like to see happen?

Look for Artix's crazily-detailed (and sometimes hard to believe) Design Notes post about everything that went on at Con later today!