Defeat Kezeroth for a New Year of Releases!

Sharpen your blades, hone your daggers, and polish your staves, because the battle against Kezeroth the World Ender and the Beast Quetzal draws closer! We must band together to fight, and we will NOT let our world end! We can't, because we've got a whole YEAR of epic releases coming in 2013! 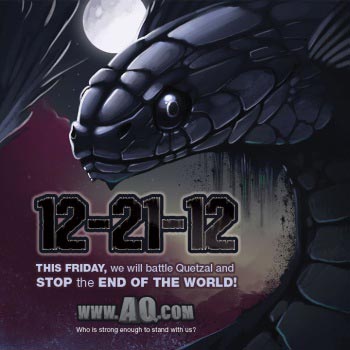 Here's SOME of what we're planning to release in AQWorlds next year: 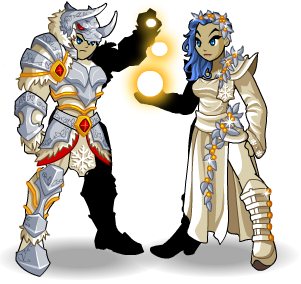 The Lumina Votari await you, Hero!