Holiday of Doom and Destiny

Find all-new gear in the Wheels of Doom and Destiny!

No matter whether you ally with Good or Evil, everyone loves awesome gear! For a limited time, the Holiday Paragon Plate and Helm will be available from the Doom and Destiny merge shops when you /join fortuneAND will drop from both of the Wheels.

Dage doesn't DECK the halls during Frostval... he WRECKS them! And THIS is the gear he uses to do it! 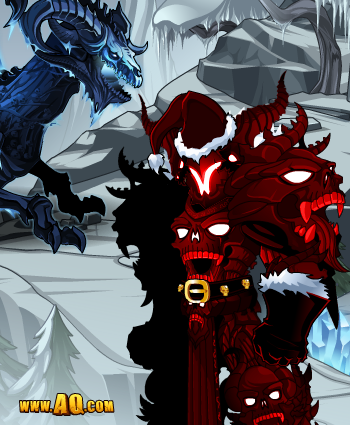 The One Armor to Destroy Them All: SmogSlayer!

The great beast has awakened... the dragon awaits! But one does not simply SLAY Smog... one must defeat him honorably in combat. Will YOU don the SmogSlayer gear and take down ALL the dragons? 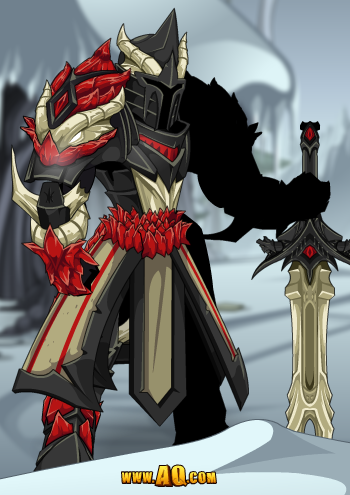 Two versions of the SmogSlayer set are available:

What happens when thousands of Undead Legion followers flood the Soul Forge with millions of Solidified Souls, Obsidian Rocks, and Legion Tokens? 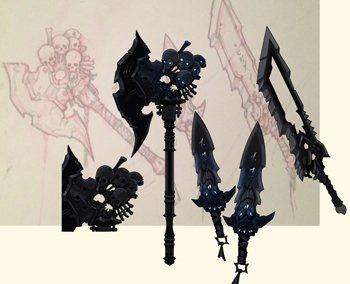 Dage never expected ANYTHING like this. His Soul Forge has generated so much power… so much darkness… so much EVIL… and now the Dark Lord surges with overwhelming strength to create even more Undead Legion items!

On this Friday evening, March 8 2013, Dage will allow you to harness his newest Undead Legion creations. No one knows for certain if these items will found within the Soul Forge or in Dage’s Rare Birthday Shop. We shall find out Friday night, then…

WOWZA! There are over 600 entries so far—and the numbers keep growing! Dage the Evil is incredibly impressed by your hard work and devotion to the Undead Legion. The Grand Prize winner will receive a custom-made Weapon by Dage, and runners-ups get a specially crafted Cape.

Read the Dage the Evil Fan Art Contest rules, and then submit your entry here!

OMG it’s Dage the Evil’s birthday! It’s the moment EVERYONE has been waiting for!

But with so many awesomely epic Dage-approved items, I wanted to give you the lowdown on all new Undead Legion loot arriving in tonight’s birthday release.

These items are RARE and will not be retuning next year, so stock up before Dage takes them all away—forever! And yeah, you’ll definitely need AdventureCoins. They don’t call him Dage the EVIL for nothin’! 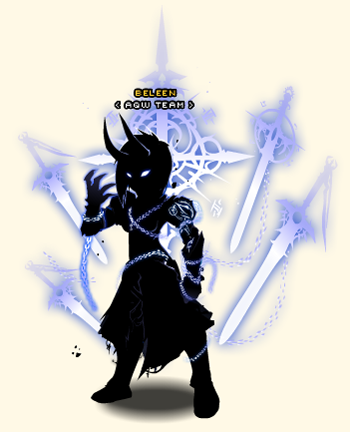 The Soul Forge is a permanent addition to Dage’s Underworld. You must complete Dage’s new quests in order to get the required items to use within the Soul Forge. Some of these items are going Rare while others can be obtained permanently...well, if you're lucky!

If knowledge is power… then apply what you’ve learned to your Undead Legion items and rule the world of Lore! Teheheh… erm, I mean, BWAHAHHA!

I snuck into the Secret Underground Lab early this morning to snag these spoiler screenshots just for you! 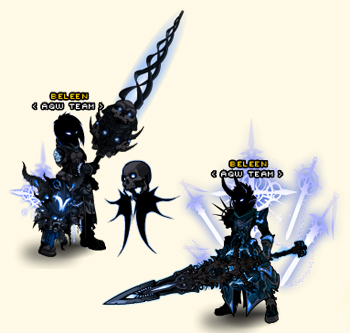 Dage’s birthday release launches tonight! You should probably stock up on some AdventureCoins if you hope to obtain legendary Legion loot—and MUCH more to come!

The Face of Chaos

For K'Thurr! For Arashtii! For BLOOD! Innocent Trolls and Horcs have been Chaorrupted, and the tribes are starting to fall apart from the inside. But when the Chaos Lord reveals their identity, Sokrakiis, Kagg, and all the residents of Bloodtusk see they need to join forces to protect their past... or their future will be consumed by Chaos! 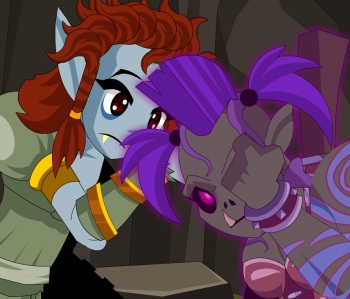 Join /ancienttemple to head straight to this week's release! You'll need to be caught up in the storyline if you want to find out who the Chaos Lord is!

Your favorite time-traveling salesman is back in BattleOn with a backpack FULL of Bloodtusk-themed gear! From the Horc DeathMonger and Trollish High Mage armors to the Horc Jom Dat and Mana Rune Aura, Quibble is bringing you the wickedest Ravine rares, so get them while you still can!

The UnderWorld rises! Dage the Evil's Undead Legion surges forth once more! Prepare yourselves for TWO new epically evil armors in the Undead Legion merge shop! 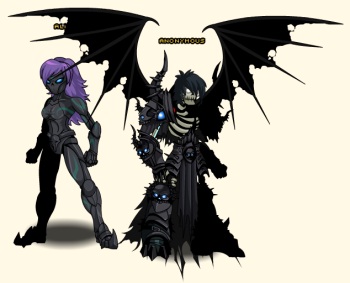 HeroMart - Swag for Heroes AND Villains!

Real-life swag from HeroMart will tell the world that you're a Legend of Lore! Head over to HeroMart to get epic equips to wear, the BattleOn BattleCard Game Mod Packs (additions to our chao-razy card game) to play with your friends, the 2012 AQWorlds Calendar, and much more!*

* We apologize, but Paladin Toilet Paper is still sold out. 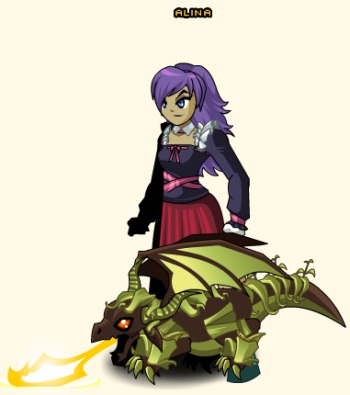 The mists around Mystcroft grow thicker, and this Monday they will consume the town entirely! For a thrilling, chilling, delicous tale of evil and demonic desserts, head to MystCroft now to get your Mogloween 2011 rares! 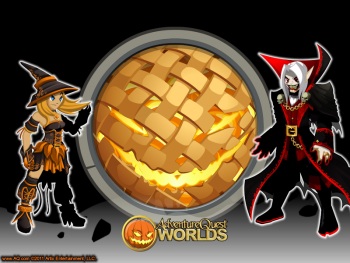 I Can Has Mod Contest!

Have you heard that YOU can be a (temp) mod AND hang out with one for two hours? Artix is the first mod to volunteer for the "I Can Has Mod" contest, so if you want to talk to Lore's preeminent Paladin, get a sweet custom weapon, and BATTLE ON, check out this page for contest details! 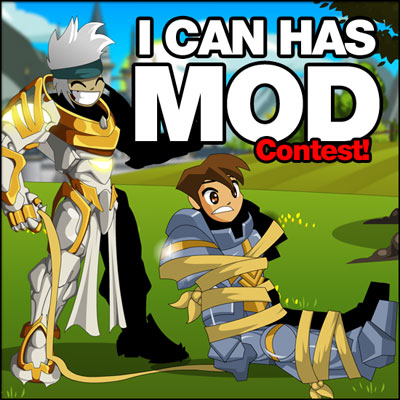 It's not who you think!

The uneasy peace in Bloodtusk Ravine has been shattered... but it is beyond repair? Journey into ancient ruins, where Trolls and Horcs once lived peacefully, but which has been long abandoned.

The Chaos Lord is here to twist that lingering spirit of harmony, chaorrupting the spirits of fallen Horc and Troll Guardians! But they aren't the only ones who have been defiled - tragedy will strike both Horc and Troll camps this week and YOU will need to help them see past the Chaorruption in themselves if they are going to have ANY future at all!

You'll also need to battle your own sense of betrayal and injustice; the Chaos Lord's identity will have you questioning everything you know about the Trolls, Horcs, and loyalty!

Quibble Coinbiter, beloved purveyor of gear from the past, present, and future, is returning to BattleOn this Friday! What will he have in stock for his Bloodtusk appearance? Who knows! But his backpack is sure to be full of gorgeous gear for mages and wicked warrior-type equips! 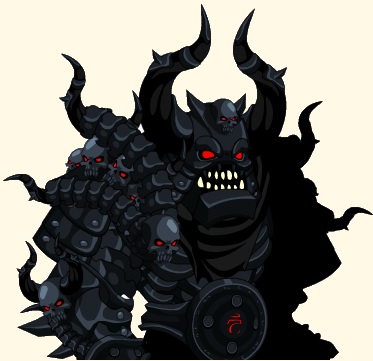 Previews to come throughout the week, so be sure to keep an eye on the Design Notes and our Twitter accounts!

Dage's Undead Legion merge shop will be getting an update this Friday! We're excited to see your reactions to all of the new gear going there, but be prepared - you're going to have to battle your armor plating off to get it!

You Can Has Mod!

Check out Artix's Design Notes on the "I Can Has Mod" Contest for details on winning two hours of game time with your favorite mod! Artix is up first and he'll hang out, answer questions, and help you battle any enemy you want! There's some other sweet perks, like getting a wish granted, so why not check out the details! 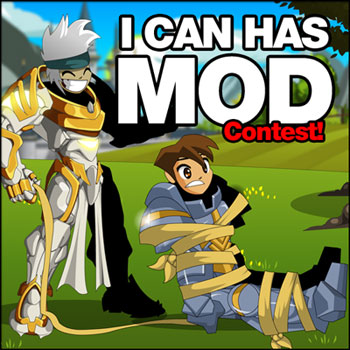 For every Golden Cheeseburger you own (purchased from Cleric Joy), AExtras offer you complete, or month of membership left on your account, you'll get another chance to win!

Obrigado for supporting AQWorlds through Paymentez! When you use the Paymentez method of purchasing upgrades, ACs, or Artix Points on or after 11-11-11, you'll see a button in the lower right-hand corner of BattleOn. It will open up a shop containing the Centrovante Armor! This is just our way of saying thank you for your continued support!

Tags: Alina, Bloodtusk, Quibble, Legion, I CAN HAS MOD,