This Thanksgiving, YOU are the Special Guest!

It’s that time of the year to set the tables... but where's the main course? This year, a rogue turkey is fed-up with the Thanksgiving tradition. He has been inviting human guests to a feast they’ll NEVER forget! Find out how this terrifying turkey acquired his powers, free the guests of honor, then defeat (and eat!) the foulest fowl in town!

Gobble On to Victory!

Chaos Golems Reign in The Span!

Chaos can control a creature... or break the chains that bind them! Drakath has sent his Twin minions to oversee the start of a war between those golems and creatures loyal to you and the Chronomancer Chaos Lord... and those who want to see you both destroyed! 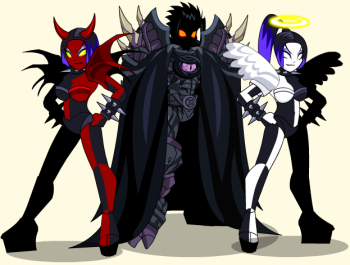 Now the golems and monsters in The Span run amok as Chaos courses through their veins! Will all of the Chaos Lord's plans be destroyed? Or will you save him, yourself, and Lore? 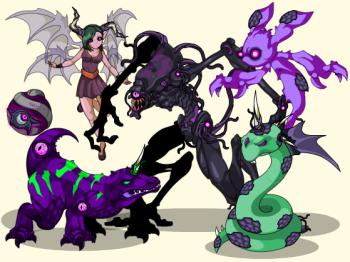 There is no hiding from the eyes of Chaos! 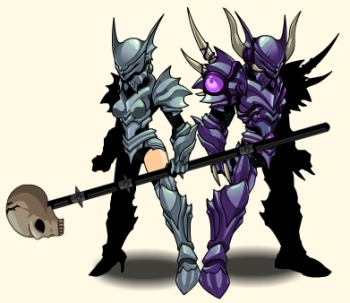 There are TWO member-only farming quests for the war. They give 6 Chaorrupted Gems as a reward, double what you'd get from fighting war waves! 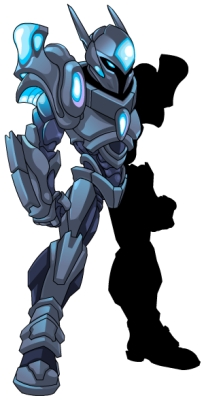 The Thief of Hours Class  is Live!

Everyone can use some extra time in the middle of battle... and with the Thief of Hours Class, you'll have that! Check out Cysero's Design Notes for the details on the newest Dex-based Thief Class. 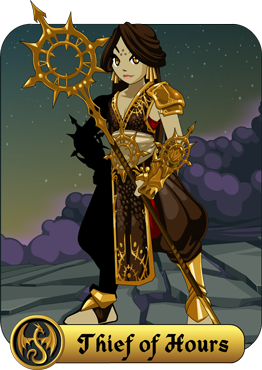 This NON-MEMBER class is available from Ragnar in Battleon for AdventureCoins OR you can rank up your ChronoSpan Reputation to 10. The AC version will be sold both in the Rep Shop as well as from Ragnar.

The closer it gets to the holidays, the more the AQW team gets fired up! Head to Battleon tonight to see the hottest gear in the Fiery Fall shop!* 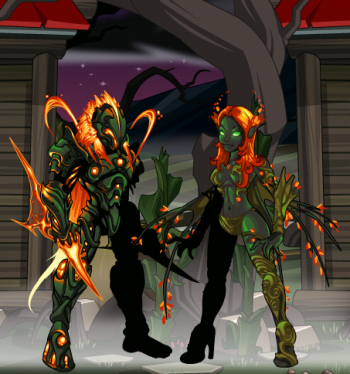 Armors, weapons, and 3 pets: 2 come with quests which include reward items AND items used in a merge shop available from the 3rd pet! Collect them all!

* The Fall Dryad Armor has a female appearance for both male and female characters! 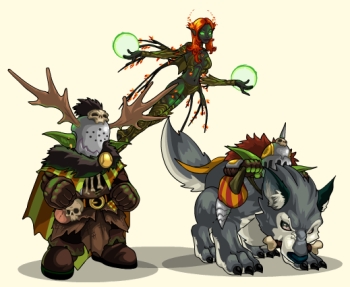 The Dryad Pet is ALSO available as an armor from the Fiery Fall Shop!

As the sun sets earlier each day, darkness falls faster... and that means it's time for the Darkest Black Friday shop! This Friday, find all your favorite Black Friday items along with NEW, shadowy gear!

To those of you in the United States, have a happy, safe Thanksgiving!** Enjoy the turkey (or Tofurkey), stuffing, cranberries, pierogies, spanikopita, or whatever other dish your family enjoys. Safe traveling, and enjoy the releases!

Working with the rest of the AQWorlds team as we pushed to get 2 weeks worth of releases done in 3 DAYS has only reminded me just how thankful I am for everyone who contributes to creating the game we love to make for you!

And we are doubly thankful for all of YOU! Without your support, there wouldn't be an AQWorlds or an Artix Entertainment! Have a happy holiday and Battle On!

** Everyone else, happy Thursday!