Battle On to DragonCon!

And Dragon Rider Armors, Friday the 13th, and Talk Like a Pirate Day too!

Happy Monday hero! This week is super special because the Artix Entertainment team is headed to DragonCon Thursday morning! Whooohooo!

Later today, Cysero will publish his foolproof DragonCon Survival Guide for you and your friends attending DragonCon. If you’re impatient—like meeee!!!!—you can brush up on last year’s Survival Guide by clicking here.

If you can’t attend DragonCon… no worries, friend! Friday’s new release in AQWorlds will totally make up for your absence. This cannot drag on any longer… because the highly anticipated RARE Dragon Rider armors are coming to Quibble’s Shop in Battleon! 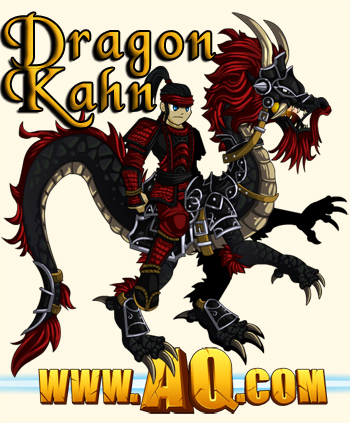 Created with you in mind and inspired by DragonCon, the DragonKahn mount armor is only 1 of the new Dragon Rider sets arriving Friday evening. Due to popular demand (and the endless onslaughts of Tweets), Dage the Evil began creating a dreadful dragonoid of his own. 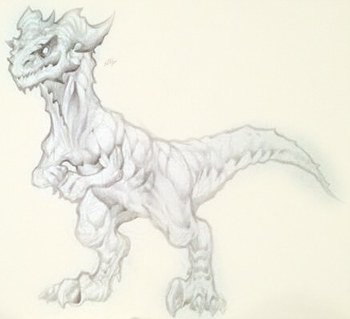 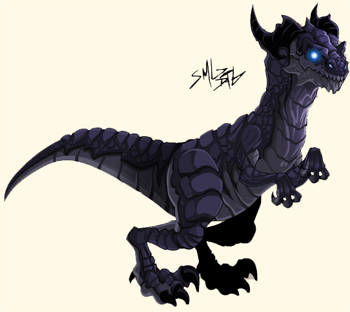 Fierce! The Legion Raptor is almost ready—and now Dage needs your help designing the armored rider. Give him your ideas on his Twitter!

Friday the 13th and TLAPD

September is nearly here… and that means Friday the 13th and Talk Like A Pirate Day is rapidly approaching! 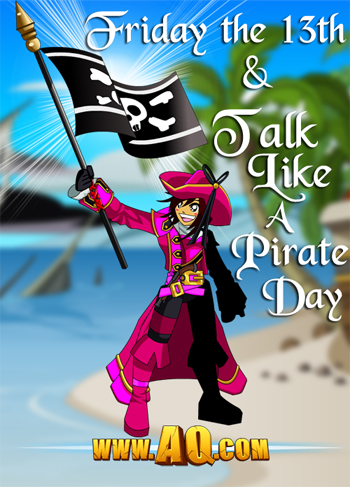 We have heard your awesome ideas on the AQWorlds Facebook Page regarding this Special Event. We have narrowed down our favorite suggestions and want to get your feedback on possible armor sets. What do you think about:

Which one is your favorite? Or favorites?! Which pirate armor set would you like to /equip during Friday the 13th and TLAPD? Tell us your thoughts on the AQWorlds Facebook Page!

In the meantime, Alina, Artix, and myself are meeting with Voltaire, everyone’s favorite Pirate Musician and a legend amongst Friday the 13ths, to begin planning out September’s special in-game event. I will keep you updated on our progress!

Heed the call of battle and Battle On to victory!