Embrace Your Vampire Side

As I mentioned in yesterday's Design Notes, I have said before that I doubted that we would ever have time to create a class for the Mid-Week Mini-releases as they take a lot of resources and time and the Mid-Weeks roll out with a skeleton of 3 to 4 people, depending on the week.

BUT so many loyal AQW Members were asking for it that we decided to try and make it happen for you guys and it looks like we did. The Blood Ancient Class is the focus of this week's Mid-Week MEMBER ONLY release!

NOTE: You will need to do the Darkovia storyline quests until you reach Safiria's castle to complete this Mid-Week Release.

Unlock The Secrets Of The Blood Ancient

One of his primary functions is to uncover ancient secrets of the vampire race (yes, they are a race thanks to the transformations brought on by the vampire magi-virus). This week Orlok needs your help to uncover the secrets of an ancient ritual that was said to be able to give all the powers of a vampire to ANY creature but spare them any of the weaknesses.

And let's face it, Vampires are pretty weak. They can be hurt or killed by sunlight, crosses, wood, silver, fire, magic, beheading, holy water, and garlic... they can't cross running water, can't fix their hair in a mirror, can't even enter a house without being invited. My 2 year old son can walk into someone's house without being invited (and often does). Frankly, it's amazing that this Darwinian failure of a race has made it this far.

BUT, there are definite advantages. Immortality, being one step up on the food chain, improved strength and speed, very enviable mental powers, shape shifting powers, a certain undeniable appeal to the ladies and in some rare instances the ability to sparkle (Which I do consider a plus. Sparkles are pretty).

Imagine how powerful a creature would be with all of the strengths but none of the weaknesses...

One very clever vampire mage imagined just that and the idea of the Blood Ancient was born. Sadly the ritual was lost without ever being tested.

Now Orlok has gathered stories and rumors and followed the trail to Safiria's own castle. If you are able to complete all of his tasks, you will become the first BLOOD ANCIENT!

Now let's talk about the class.

This class is a warrior based soloing machine based on a vampire theme. As it is Warrior based, I suggest FIGHTER Enhancements. I haven't tried a lucky CRIT build but maybe you'll want to.

Mana should not be a problem for you which might, in itself, be a problem when you unlock the Regeneration Skill.

This class is very straightforward. It is designed to be a solo class, with good survivability and a LOT of damage potential but no AoEs at all so not the best for farming.

Does moderate damage applies the and both weakens and slows your opponent for 4 seconds.

This class starts with a very decent attack. It says Moderate damage but you'll feel strong just using this one power, plus it also slows your target AND reduces their damage. It's a little expensive but balances with the cooldown and mana regen so it's not bad.

Causes a moderate open wound on your foe. Smelling their blood increases your STRENGTH and SPEED for 6 seconds.

Once you draw blood, your new vampire senses kick in increasing your strength stat and your haste. So this skill not only does MORE base damage than the previous skill but also buffs your damage potential. An even stronger attack then the first one with the additional bonus of a very healthy buff for you.

Steals some of your opponents life and causes you to heal over time. The less mana you have the stronger the Heal Over Time is.

Classic camp stuff going on here. a weak attack that also heals you over time. It's a pretty beefy heal and you can keep it going most of the time but here's where the mana regen comes in. The HoT (heal over time) gets STRONGER the less mana you have but it's really pretty easy to keep your mana up in this class so you have to time it against when you need the heal and when it will be the biggest heal possible. No real reason not to spam this skill as soon as it comes up, but to use it WELL takes skill.

Very fitting passives here. As you master the class you get stronger and faster... like ya do, you know,  when you're a child of the night.

Causes HIGH damage and stuns your opponent for 1 to 10 seconds!

Here's an interesting one. A High Damage power, which is great, but it also stuns every time. The only drawback is that it could stun for 1 second, or could stun for 10. The chances of getting a long stun are slim and the chances of a short one are great but a stun is a stun. This one is a mana pig so it's a good idea to use this before using Regen to get the most out of the heal.

Rarely, your body takes the form of a hazy fog which reduced the amount of damage that you take to nearly 0 for 10 seconds!

Some vampires can take the form of mist or fog and you are apparently one of them. Sometimes, your form will take on the aspect of mist. It will not appear different but swords and arrows will pass right through you doing little or no damage for a full 10 seconds.

You can see with the solo damage abilities, self-buff, targeted debuff, self HoT and rank 10 passive which increases survivability that this class we designed to take on stronger foes with a lot more HP than most players can handle.

It will take a little farming to buy it from Orlok's Merge Shop once you complete his quests but far less than getting a reputation to Rank 10, or you can always take the easy path and buy it off Itzachi for ACs. But considering that it only takes a little patience and hard work I would save the ACs for this Saturday's LQS.

This is more or less a repeat of what I said in Yesterday's Design Notes, but a lot more people read Skill Breakdown Design Notes so maybe more people will see this and it will answer some of your questions about the upcoming Artix and Sepulchure Toys.,

You can get Artix and/or Sepulchure! Each figures comes with their own weapon. There are rare BLACK variants of each toy (which look pretty awesome).

268 days until Just Another Day 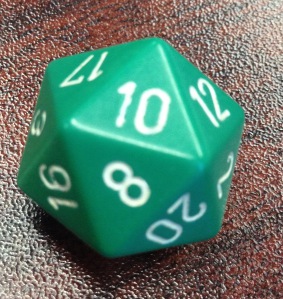