Journey to a NEW World to save the BioBeasts Next Friday!

One mad scientist. Waves of mutated monsters from Lore. And a prison full of creatures doomed to be experimented on… Next week: gear up for a dungeon crawl based on our newest mobile game, BioBeasts! 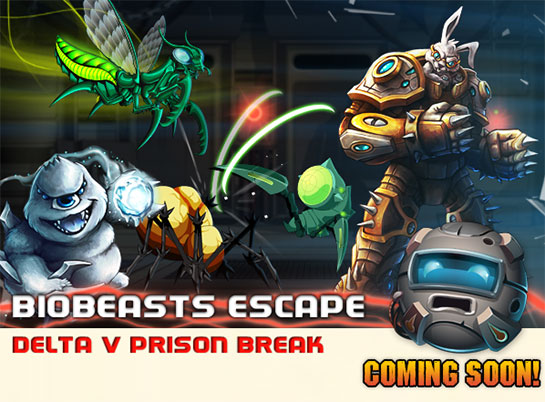 This week's release is based on our newest mobile game... (you guessed it!): BioBeasts!

BioBeasts - from the creators of EpicDuel - is now available for  Android and iOS mobile devices!

Control a mutating beast, fight to escape from a robot-controlled laboratory, and compete with your friends to see who can get the highest score in this action-packed, single-player arcade-survival game!