Good King Alteon has been fighting Chaorruption since AQWorlds began, and THIS week, you will see how much of an effect Chaos has had on him! Log in now to play the conclusion of the Royal Wedding event, the rise of Swordhaven's Chaos Beast... and the beginning of the most Chaotic chapter in AQWorlds' history!

We had planned to finish the wedding release in one week last week. This week's storyline release IS a bit shorter than usual, but had we not split last week's release into two parts, we would not have been able to put nearly as much effort into this week's cutscenes as we did. I'd rather do them right than do them quickly! (Especially when the reactions to the release have been so emotional!)

Ghost, our lead animator, drew his reaction to what he did this week: 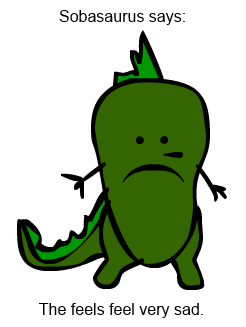 Sad Ghost felt ALL the feels!

Make sure to tweet your reactions to the storyline to @ArtixKrieger and @Alina_AE so we can keep track of how many feels you have felt! You can also share your reactions on the AQW Facebook page or our forum! 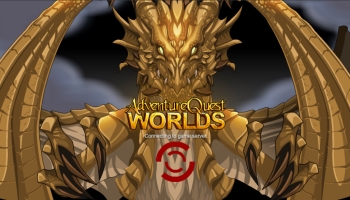 In addition to finishing LAST week's release THIS week, we also released:

Enjoy the beginning of the REAL Chaos in Swordhaven... and the rest of Lore!

Become a Blood ShadowCaster to command the darkest of the magical arts: Blood magic! Will you sacrifice the blood of your friends and enemies to become more powerful? Will you do what must be done to ensure that you CAN control your own destiny? 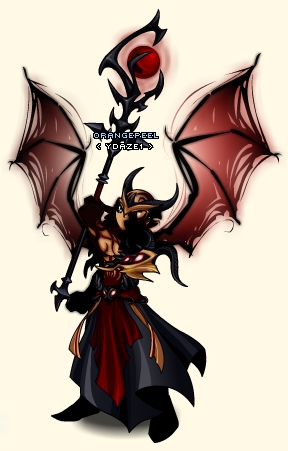 Where Can I Get It?

You can upgrade your account in any of the following places:

Get ALL the gear: ! armor, 5 wings, 5 helms, and 2 staffs  when you purchase the 3 month membership.  Each item is 0 ACs for free storage and the package come with a character page badge!

To find the gear:

What do you do when your entire city has become chaorrupted, and your spellcasters just aren't sturdy enough to handle the fight? You train them to cast spells while encased in solid steel, of course!

How to Become a Battlemage

Only the most loyal defenders of Swordhaven can train to be Battlemages! Once you have reached rank 10 in Swordhaven rep, you'll be able to buy this class from the Swordhaven rep shop - talk to Sir Vival in /castle or Roald in /ceremony. You can also buy this class by talking to Ragnar in Battleon for 2000 ACs. This is not a member-only class.

The Battlemage focuses on taking down his opponents as quickly as possible. He is capable of focusing greater amounts of mana into each spell for the maximum effect. He specializes in wearing heavy armor for defense in order to spend all of his mana on offensive spells.

Battlemages excel at taking down multiple enemies at once with their devastating AOE attacks, but can also focus their damage on a single target when fighting tougher enemies.

Battlemages are rejuvenated by their Arcane Strike granting them bonus mana with every successful blow.

This ability replaces auto-attack. It functions similarly, except that as a Battlemage it also restores some of your mana.

Removes the explosion (AOE) effect from the Battlemage's attacks but increases all spell damage and accuracy by 50% for 12 seconds.

Use this whenever you want to focus on one enemy at a time. Awesome for boss fights due to its damage and accuracy increases, and imperative for those times when you want to avoid pulling more than one enemy.

Summon an explosive fire ball burning with arcane energies on up to 3 targets.

Just a nice boost of extra damage. Unless you have Enchanted Blade up, this will aggro enemies that you're not currently fighting if you're standing next to them.

Break apart surrounding raw mana and form it into an Arcane Shield transfering most incoming damage to the Battlemage's MP instead of HP, as well as reducing mana costs for 10 seconds. The initial break explodes damaging up to 3 enemies.

This is a pretty sweet shield. While it's up, you'll mostly take damage to your mana pool instead of your health. And to make up for it, your spells will cost less mana. As a bonus, you'll do a burst of AOE damage when you first cast it. Again, you will aggro nearby enemies with this unless you're using Enchanted Blade.

Conjure a powerful, explosive, arcane blast damaging up to 3 targets. If Enchanted Blade is active, your target will be weakened and take 30% more damage from all sources.

When you're fighting multiple enemies, this serves up a nasty chunk of AOE damage. In a boss fight, this attack is even stronger, as it will cause your target to take extra damage from anything and anyone that hits it while the effect is up. The effect lasts slightly past the cooldown, so if you use this ability every time it becomes available you'll be doing 30% more damage for the entire fight.

Oh, and once more: you will aggro nearby enemies with this unless you're using Enchanted Blade.

In summary: This is a great class for boss fights, just make sure you use both Enchanted Blade and Arcane Devastation every time they cool down if you want to be at your most effective. It's also a strong class for farming/questing, since you can use your AOE abilities to smash several enemies at once.

EDIT: The following changes have been made to this class!