Diozz's Live Draw was a lot of fun and the Artix vs. Sepulchure video is a HUGE hit! Also, the Member only Mid-Week Release is now LIVE! /join lightguard and talk to the paladin loremaster, Michem to start your new mini-adventure! 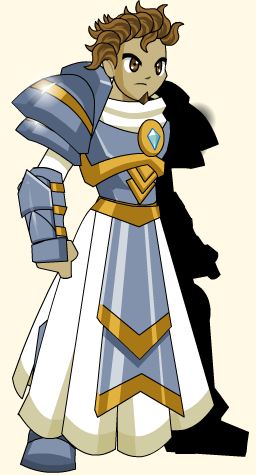 Behind the scenes: Artix vs Sepulchure

DoomWood Part 2 is coming... and this time, the story is going to break ALL of the rules and finally allow players to reforge the Blinding Light of Destiny. (The storyline will be available to ALL players.)  Building excitement before DoomWood Part 2 begins... is a "WHAT IF" video. There has never been a showdown between the ultimate evil DoomKnight Sepulchure (Gravelyn's father who was the main villian of DragonFable and destroyed at the beginning AQWorlds by Drakath.), and the good Paladin Artix. (Well, as you know Artix MIGHT not not be a Paladin by the textbook defination... but he is 100% good.) This is all about to change in the debut of this action packed stop motion video... Artix vs Sepulchure! (I, um... really hope I do not lose? O_O) 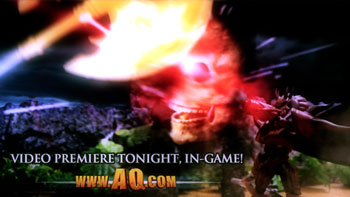 I have been writing anything goes "ALL GAME" design note posts at www.Artix.com with even more insider news. Please bookmark it and check in daily. To create this video, we teamed up with rising star stop-motion animator Counter656. He animated the video by taking the soon to be released Artix and Sepulchure collector's action figures, chopping them up into smaller pieces, and adding TONS more joints. (Like they do on Robot Chicken.) . It took him about a week per minute of animation. Then he used Adobe AfterEffects to create the Special FX.  The result is... amazing. I cannot wait to watch it in game with you tonight. 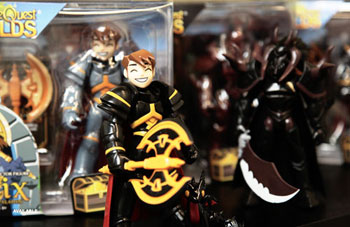 The figures in the video are our FIRST action figures and the team is incredibly excited -- mostly because if these do well, we get to create more in the future including Drakath, Dage, Warlic, Galanoth, J6, etc... The figures will be available VERY soon (like 3 to 5 weeks) at www.HeroMart.com and in U.S. based Toys"R"Us locations.

In addition to the regular Artix & Sepulchure figures we made a VERY LIMITED number of "Black Armor" variants. Because this is the 1st edition, they are expected to become very rare and desirable in the future. (*whispers* Like... leave them in the box if you manage to get one, ok?)

Also tonight, there is a mid-week release. I am pretty sure it will be in this place in DoomWood... beause Cysero asked me to come up with 12 more Paladin names. (Thank you to everyone on Twitter who helped me!) One of my favorites was "Derpadin".... so we asked Beleen to draw us a Derp Paladin... "Where is Derpadin!?" I LOVE her Derp art! (Also be sure to check www.Artix.com later this week for a video of Beleen doing motion capture for the 3D game project.)