Fight Fire with Fire in the ShadowFlame Dragon War!

This Friday fight fire with fire when Empress Gravelyn and the Dragonbone Necromancers use the body of Akriloth, lord of the Fire Dragons, as a host for Sepulchure's spirit! Unsheathe your blade and prepare for war… because once the Empress of the ShadowScythe and the Queen of Monster’s Fire General come face to face, the eruption’s aftermath will permanently change one of these rulers' lives… FOREVER! 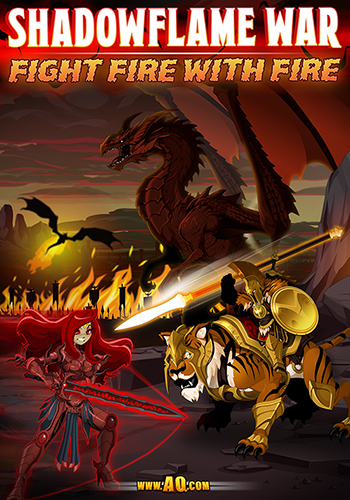 Wait... Sepulchure is returning to AQW?!

He sure is... kind of! As word of the attacks on Drakonus started to reach Shadowfall,  Empress Gravelyn MUST take action. A voice in her dreams reaches out to her... calling, showing her the way to victory. 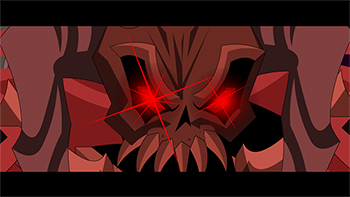 Now, her Dragonbone Necromancers have been commanded to summon the spirit of one of Lore's greatest military generals - Sepulchure, the DoomKnight. But what vessel could contain a spirit THAT dark and strong? Only the body of Lore's fiercest Fire Dragon... Akriloth. And when Sepulchure's spirit possesses the body of Akriloth the Red, Empress Gravelyn gains a weapon unlike any other: Akriloth's entire army of enraged Fire Dragons! 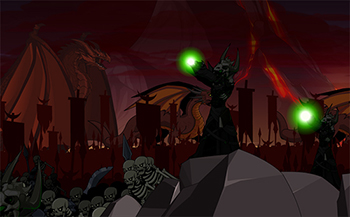 Choose your side and fight for Good, Evil, or the Queen of Monsters:

What happens AFTER the war will be determined by the winning side!

This weekend, /join shadowflame and talk to the representatives of the Embersea Defense League, the Shadowscythe, and the Firestorm.  Head to their respective war camps, accept their quests and begin battling to farm for trophies! 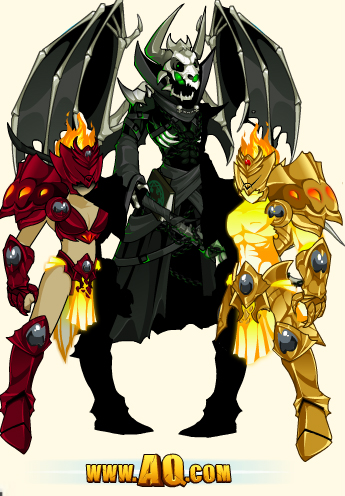 Many of the monsters have both rare and permanent reward drops independent of the quests. Battle hard, heroes!

/Cast Heal on Ghost, who valiantly fought pain as he pushed himself to finish the 2nd cutscene for tonight's war (that would have unlocked at 50%). However, due to some pretty severe pain, he didn't make it in time. But when you look at the AMAZING job he did with the first cutscene, we can absolutely wait! He'll get that 2nd cut to you next week, and then the ones surrounding the boss fight, which will launch NEXT Friday!

And once it does, we'll also reveal where the story goes from here! I'd outlined the full Firestorm Onslaught story several months ago, but after seeing all your ideas and excitement surrounding Gravelyn, Akriloth, and the Firestorm/Queen of Monsters as they clash in Embersea, the story's going to shift focus.