We continue our 10th anniversary celebration with Chapter 2.2 of Sepulchure's Saga. Last week, you battled as Sepulchure the DoomLord and fought to create the beast that would become ShadowFall... your flying Dracolich Fortress. 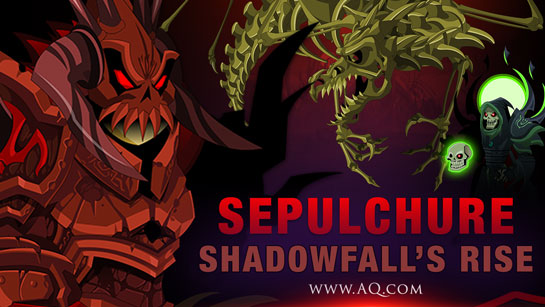 But Light will NEVER let Darkness flourish in our world... that's why Paladins exist! This weekend, gear up and head into battle as Sepulchure and fight off the 500,00 LightGuard Paladins and Citadel Crusaders who want to destroy you.

As you fight to raise the war meter, you'll unlock additional quests and merge shop resources. Turn in the war quests for a chance to get the pieces of the Apprentice of the Light armor set. Use the merge shop resources to evolve your items into new forms! 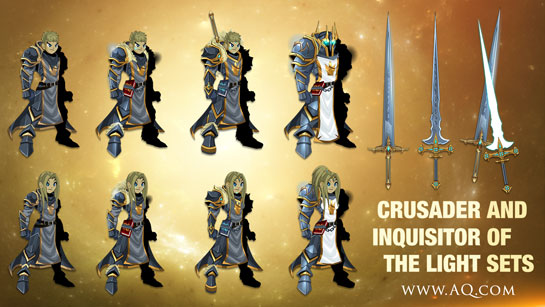 These sets were crafted for Heroes of the Light (or heroes who just like looking GOOD) by legendary AQW Community Artist, Zee the Legend.

Take on the war boss for exclusive drops and to farm all the merge shop resources. Then, talk to Noxus for a bonus battle once you've defeated the boss!

/Join birthday and take on the Chocolate Cake to get Renn and Zio's armors. We asked them to stand in Battleontown, but they much preferred hanging out near the sweets.