Nibbleon, the Greenguard hometown of your favorite moglin friends, has come under attack by an army of… ROBOTS?! Nugget and Zilla, Nibbleon’s two top hunters, have been fighting them back but moglins just keep disappearing. Someone -- or something -- is moglin-napping them, and they need your help to find their friends, save them, and take out whatever dark entity is responsible! 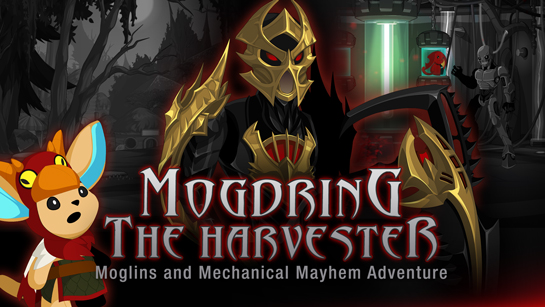 Log in and /join redfurvalley to begin the adventure!

This story was crafted during the week-long visit of our AdventureQuest Moglins “Story Designer” backer, Doom Regin Doom, who visited the lab earlier this year. We want to sincerely thank him for making the area possible. He was extremely focused and excited to make a fun and interesting moglin-related story for everyone to enjoy. 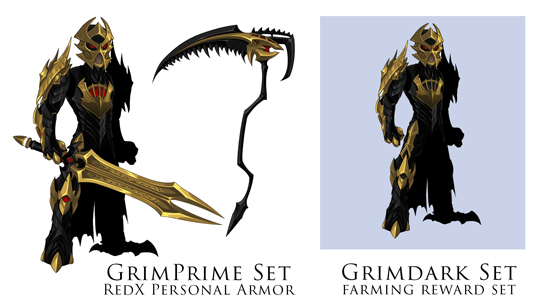 After he had an armor made for his NPC, Doom Regin Doom asked the team to release a variant as the reward set this weekend. He was very specific about the farming quest details: no dailies, no 1% drops needed. Just farming and fun! 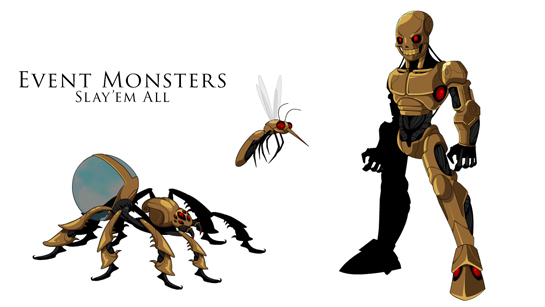 We had a blast when he and his parents visited the lab for a week to meet and work with us.  He is a great guy, and if you see him in game, be sure to say hi and toss him some thanks for not-so-cuddle moglin creation!

Plus, you can read his interview with Artix in the AdventureQuest 3D Design Notes here.