Nulgath the ArchFiend’s birthday celebration is this weekend, and we want everyone to get in on the /party! Join us as we bring his Void Rebirth and Void Awakening sets from OverSoul into AQWorlds, in honor of the Flame Dragon Invasion event! These sets will return every year for his birthday, but the color-custom variant will ONLY be available in 2019. 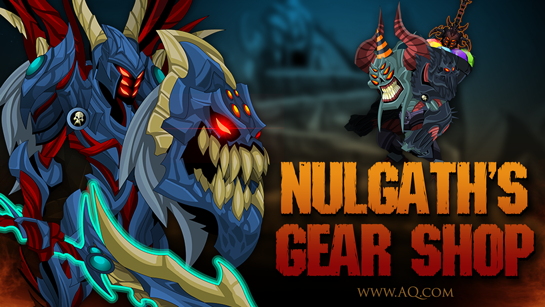 Next week, even more gear will be added to celebrate Nulgath's birthday, including the Primal Hanzo Void armor set by AQW Community artist Saiacosta will be added to the shop and Bido's homage to the terrors of the Nation! 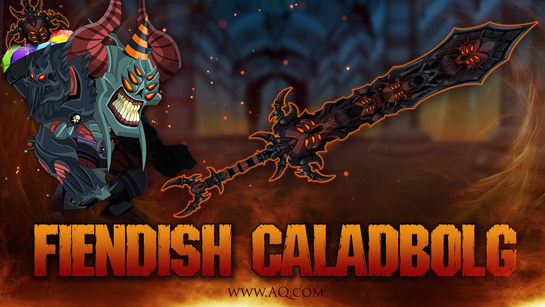 * The Enchanted Void Skulls Cape will be added next week.
*Dage the Evil has given this blade to Nulgath the ArchFiend to strengthen the bond they have -- as Masters of Evil, they should ally, sending their armies against common enemies. In the spirit of maintaining control over their respective demensnes, it is better to fight back to back than blade to blade.
(Note: Dage will be crafting a Legion version of one of the Nation's most iconic weapons, which will arrive in March to further the peace).