Lore is Under Attack!

BOOOOOM! The SkyPirate offensive has been launched! Rally the remaining SkyGuard leaders so that they can assemble their crews! They've got to stop the SkyPirates from attacking, because Arcangrove, Swordhaven, Citadel, BattleOn, Lolosia and many more cities are being bombed RIGHT NOW! 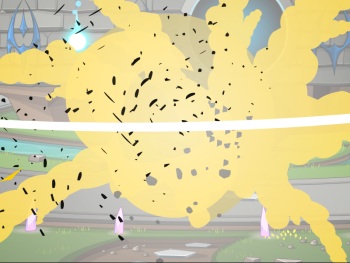 While they do that, you've been ordered to guard the Department of Strategization; it holds many top-secret state documents, experimental artillery, and all sorts of things that King Alteon doesn't want the SkyPirates to get ahold of! So it's just your luck that the SkyPirates are attacking there, too! Defend the DoS (a denial of satisfaction defense is your best offense!) and take down the SkyPirates! 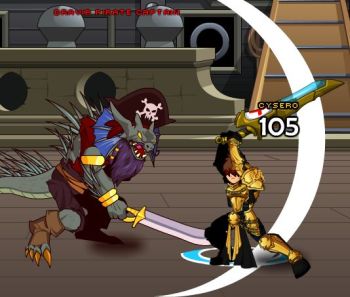 You'll need to take out Pirates, kill them to gain the stolen Alarm codes to activate the Alarm system, and take down their leader! You also REALLY want to find the pieces of the SkyPirate map which will lead you to their hideout! Also available: a SkyShip chase minigame will allow you to fly the unfriendly skies while dodging bombs and TNT. (Don't let them get away with the state secrets!) 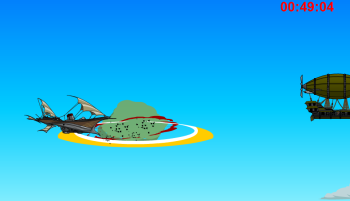 And last but not least, head up to the DoS roof and take on the SkyPirates swaming into the building! If you can kill 100 of them there, you'll unlock a member-only character page achievement: SkyPirate Slayer! 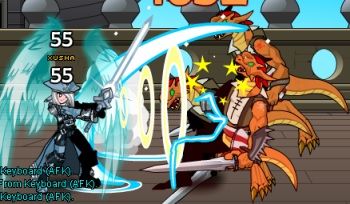 We've got some first class SkyGuard rewards this week! From the SkyGuard Medic Armor (rank 7) all the way to the SkyHunter Armor (rank 10) and a copious amount of cringe-inducing syringe weapons, these soldiers of the sky are flying high with all of this new equipment!

Two EPIC armors await members in this limited time shop: the Gilded Magistrate and Magistrate Armors! Sold for 1,337 gold each, you can only get your gauntleted hands on these extra-awesome armors for 48 hours! That's TWO DAYS, and the clock starts as soon as we release! 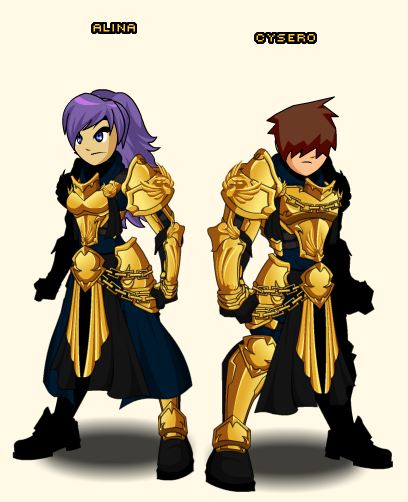 We've got a bevy of beautious new treasure chest drops for you this week! If you've been battling the last few weeks, you're almost certain to have gotten a treasure chest drop (or several!) from the monsters you're slaying! With Treasure Chest keys (get them at Twilly or free with membership!), you can unlock the amazing rewards locked inside!

The CaPwn Armor and Tommy Gun!

Also added to the chests this week:

We're back with another update to Yulgar's Player Suggestion Shop! This week features ideas from Agyron and Gompa! 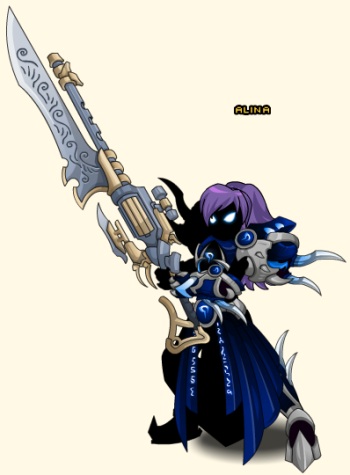 3rd Upholder starts the first day of October - that's tomorrow! Purchasing an upgrade will get you a crazy-cool character page achievement and the ever-awesome Platinum Star Sword! (Not awarded until November 4th, but it goes great with TLaPD's Platinum Naval Commander armor!) See Cysero's detailed Design Notes post for more info on this!

Quibble Coinbiter's Talk Like a Pirate Day shop will remain in BattleOn until Monday! But after that, it's gone for another year, so grab your chance to get these equips before his ship sails!

Next week we return to MystCroft as we begin the month-long Mogloween/AQW 3rd birthday combo-extravaganza-super-event! (Whew, that is a long name!) It is going to be out of this world!

Thanks to everyone for all the get-well wishes! I am feeling much better and hope to soon return to eating solid foods. Until then, it's a steady diet of Moglinberry Juice Smoothies and Gorillaphant milk cheese for me! Have a great weekend!