The Final Golden Cheezburger Has Transformed!

As per Knave1's wish, the Final Golden Cheezburger has changed into a special armor that will tie into the mini-storyline that he wished for. The Cheezburger is now the rare Interfector Deorum Armor!

The name of the armor was changed to Interfector Deorum after some of our players didn't understand the usage of the original name, so remember... your Golden Cheezburger didn't disappear... just look in your armors for Interfector Deorum.

NEXT WEEK we will complete granting the winner's wish and add the quest line he wished for to the game as a permanant addition. It was a great wish for the last I CAN HAS MOD contest.

FRIDAY THE 13th IS TOMORROW!

Tomorrow Voltaire and Deady return for a brand new Friday the 13th special event, The Bunnypocalypse! 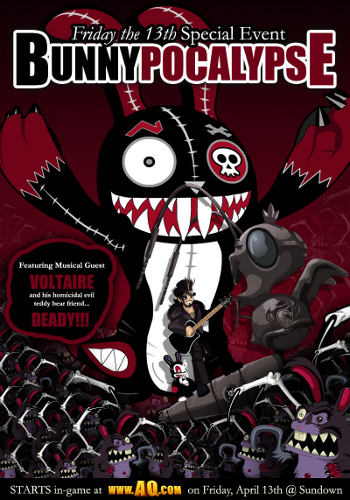 Join Voltaire and Deady as they face down one of Deady's least intilligent enemies... SLEEZTER BUNNY! Will you be able to sneak through Sleezter Bunny's army of clones Bunny Minions and stop him from hatching the giant DOOM EGG?!

This event will feature an AC rare shop with Voltaire's new TOP HAT and other great items, lots bunny themed item drops for all players, new instrumental versions of Voltaire songs as well as his latest song "BUNNYPOCALYPSE"! Voltaire will be voice acting himself as well as Sleezter Bunny but can you guess which AE Team member did the voice of Deady?

The floppy-eared fun starts tomorrow at around sundown-ish or so. Maybe.

You can read all about the event HERE!

Voltaire has released an all new line of Deady Bunny themed toys which tie directly into this AQW Special Event! 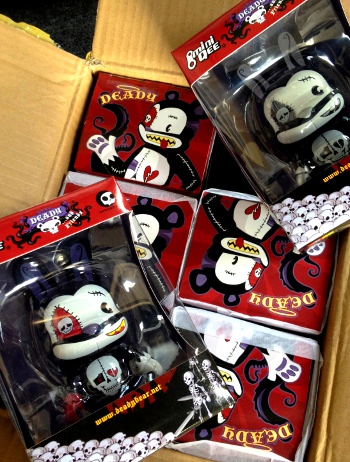 There are several versions of these new 5 inch tall vinyl toys that will be sold on HeroMart starting at 12:01 AM Server Time (EST or GMT-4) and will cost $25 USD + Shipping. We will have FOUR versions of the toys but Voltaire will have special versions.

Each version of the toy comes with a code that will unlock SIX in-game Deady themed NON-MEMBER pets.That means that it doesn't matter which of the toys you buy, each toy unlocks the same six pets. The Pets are all 0 AC for free storage and none of the pets are Battle Pets. 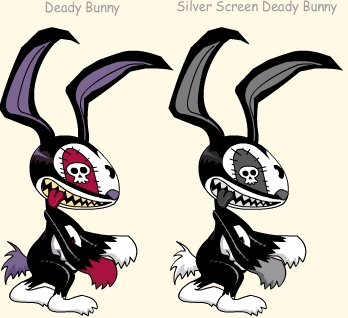 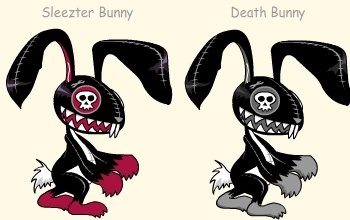 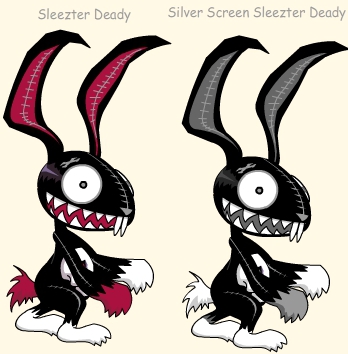 And even the ones sold through Voltaire's site will have the code unlocking these pets.

Not many of these were made and judging by how fast HeroMart sold out of the last set of Deady Toys I would suggest that you try and get to HeroMart as close to 12:01 AM as possible if you want one or more of these little guys.

If you want to see more images of the toys CLICK HERE!

As many of you know, J6 entered a contest put on by the METRO and SXC to be one of the first private citizens to get shot into space. TENS OF THOUSANDS of you got behind the idea of sending J6 where he belongs and the results of the contest are in.

Here is a message from the man himself...

"Some of you may not know, but a few weeks ago I entered a local contest for a chance to win a quick trip to space. I signed up with high hopes but low expectations and with the stamp of approval from my coworkers I was able to put the link up in the design notes for all the players to see. I was really impressed by the overwhelming support from everyone. I quickly climbed to the top of the leaderboard and stayed ahead with a massive lead of over 30,000. Last night the contest ended and I found out that I had not won. The votes helped me reach the #1 spot but the winner was selected from the top 10 finalists. The winner seems to be someone who genuinely loves space and plans to make a career out of it, so I’m happy for her and hope she has a great time. I was only in it for the awesomeness of it all.

I live up in Canada, far away from the underground lab so sometimes it can get a bit lonely working alone. It really made me feel connected to all of you when I saw how many of you voted (without my needing to bribe anyone) and I am really grateful, especially to everyone I work with who spread the link every day to help support me. So again, huge thanks to you the players and Cysero for letting me use the design notes for my own evil plot to draw upside down going at Mach 3 up 100 kilometers in the air. Even though I lost I’ll still be doing a few space themed items in the near future so look out for those soon.

And if anyone happens to have a spaceship, I’m still looking for a way to get up there.

We are all very sad that J6 didn't get picked by the judges but just seeing how many votes he got (the real winner only got about 2,000) really shows you what we can do as a community when we focus our collective will on a goal.

Well done, the lot of you.