Gravelyn is NOT Amused...

Empress of the Shadowscythe Vs Queen of Monsters?

The Shadowflame Dragon War begins this Friday! Will you fight for Good (defending the innocent people of Embersea), Evil (attacking the Firestorm alongside Gravelyn and Sepulchure), or the Queen of Monsters? 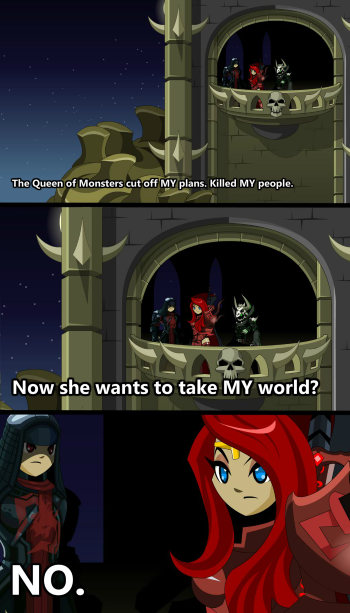 This is very much a 3-way war: