Battle through IcePike Peak to find the Crystal of Glacera!

Fight fire with fire… and ice with ice! In this weekend’s Frostval 2016 event finale, quest for the ancient Crystal of Glacera to aid you in your quest to save Lore from Karok and Kezeroth! 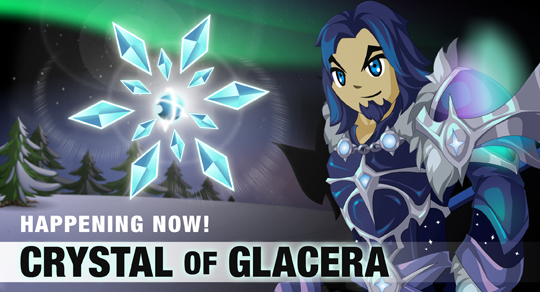 Launching now: this year's Frostval Class - the Glacial Berserker. It is a pretty cool class, by all reports (pun intended, of course).  Available for 2000AC in the Class Shop, or 100,000gold Rank 10 Glacera Rep in the Northern Defense Rep Shop. 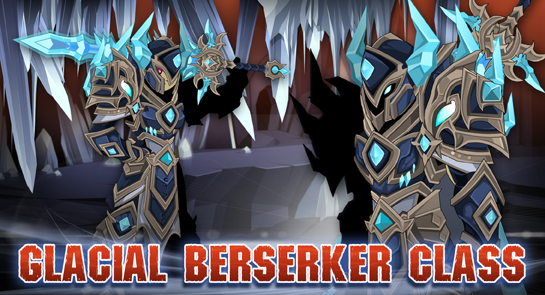 Your Ancestors speak out to you from their frozen prisons, telling tales of suppression and torture, building rage within. Applies a stack of Ancestral Rage. Each stack increases haste up to of 10% for 8 seconds and can stack up to 5 times. Stacks are activated after using Shout of The Ancients. Also imbues you with Curse of The Ancestors, reducing hit chance by 5% for 4 seconds.

Shout of the Ancients

You scream with the force of millions of deceased ancestors and strike a decisive blow dealing massive damage. The rage you have built up from your Ancestors is released, increasing your haste based on stacks of Ancestral Rage. If your opponent has been chilled by your ancestors they are overwhelmed and have their crit chance reduced by 30% for 6 seconds.

Calm before the Storm

You center yourself, releasing some residual negative energy and quieting the ancients. Deals moderate damage and heals 800% damage over 10 seconds while preventing Curse of the Ancestors from applying for 6 seconds. If the enemy is Overwhelmed, they become Numb, reducing all damage done by 60% for 6 seconds.

You explode with frozen rage, unleashing a storm of ice and snow. The storm empowers your critical hits and encrusts you with a protective veil of ice. Your crit damage and Endurance are increased by 50% for 10 seconds and your foe's chance to hit is reduced by 50%. You have a 30% chance to buff your haste by 30% for 5 seconds. If your foe is Numb, they become frozen in shock, remaining Stunned for 10 seconds.