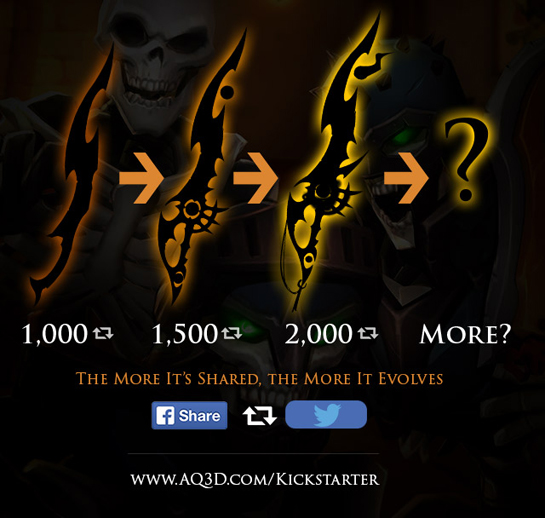 That's all there is to it. The Blade unlocks at 1000 TOTAL shares and re-tweets. (example: 500 shares + 500 re-tweets = 1000 total), and it evolves the more we share these two posts! This is great because you get something for doing almost nothing AND you're helping us spread the word about the AQ3D Kickstarter!

P.S. Oh, if the community somehow goes over 2,500 then we will film a video of Dage's reaction when we tell him he has to make it even bigger and crazier.

Check out the AdventureQuest 3D Kickstarter