Celebrate the Year of the Ox in AQWorlds

February is one long month of /parties, and we're starting things off right with a Yokai New Year celebration for the Year of the Ox! This weekend, log in and /join Akibacny. Talk to Miko to replay seasonal events + battle Lu Niu for all new reward gear! 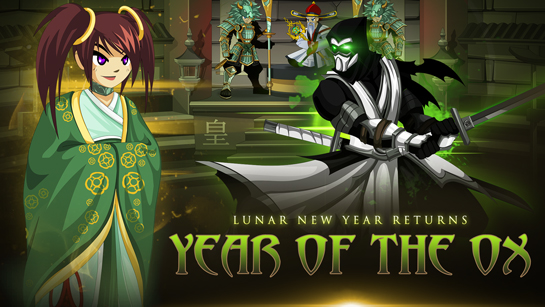 Battle Lu Niu to get reward drops + merge shop resources to create the Akiban Hanfu armor and select accessories. Then return next week for Year of the Ox daily drops + later this month, we'll have a new LNY event with even MORE gear! 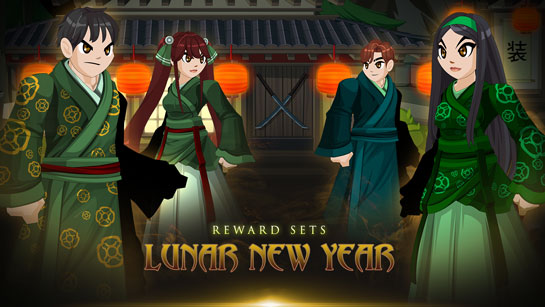 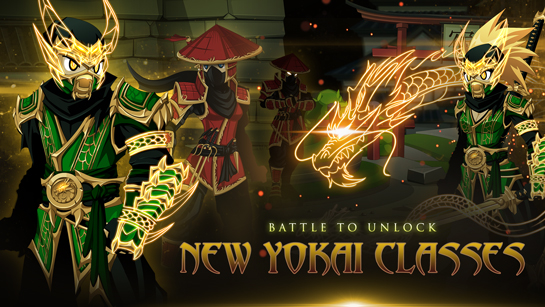 Previously revamped, the newest versions of these two classes are now permanently reintroduced to the game.

The Imperial Chunin class and set requires Rank 10 Yokai, and can be purchased from Announcer Guy in /dragonkoiz. A new Classic Chunin armor is available for anyone with the original 2012 Chunin class. If you have the original class, talk to Sadanobu in /akiba to unlock the new variant.

The DragonSoul Shinobi class and set can be earned from Miko in /shadowfortress using Orochi's Scales after defeating Jaaku in the Shogun of Shadows saga.

Last year, we made adjustments to the Gold, XP, and Rep rewards for The Sandsea and Span Chaos Sagas with the intent to hasten leveling and class progression, and now we’re doing the same for the Yokai Sagas!

If you’ve already finished these sagas, you won’t be able to repeat the story quests, but you can still earn a now increased amount of reputation from the repeatable farming quests, so if you haven’t already achieved Rank 10 Yokai, there’s no better time than now!

PLUS, the quests for the Blade of Awe components have been improved, increasing their Gold and XP rewards, as well as some of the drop rates.

This weekend, talk to Bev the Battle Beautician in Battleontown for 12 new hairstyles + 4 new wigs. She'll make sure you look fantastic while you make every fight look easy! 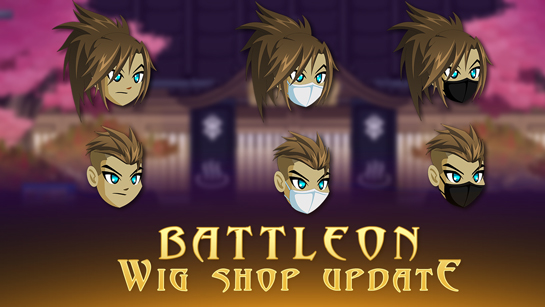 Log in each day for a new server-wide reward item, boost, or drop rate increase. Bookmark this page to keep up to date with all of daily gifts! And don't miss the rest of this month's update. See the full release lineup here: AdventureQuest Worlds calendar.