The Treasure is Revealed - a Stolen Explorer Pistol?!?!?!!

Blazebeard, scourge of the Embersea Isles, is the boss in this week's adventure, and last night, his locked treasure chest reward drop opened to reveal a stolen Explorer Pistol! (The fate of the hapless Explorer remains unknown... O_O!!!) 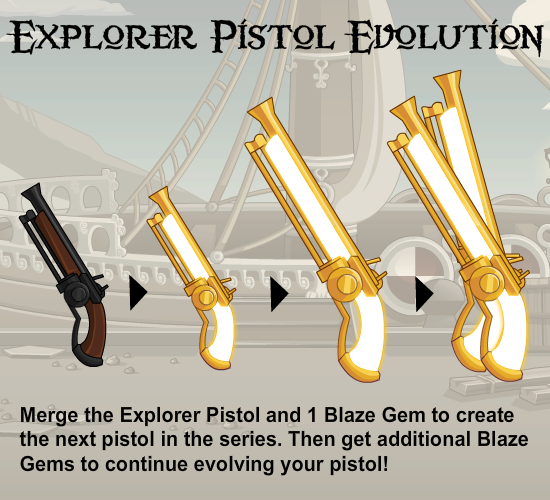 Starting today, battle Blazebeard in the /manacannon map to get your own Explorer Pistol, then continue fighting him to get Blaze Gems to evolve the pistol into increasingly brighter or bigger versions!

These guns will return each year along with the /blazebeard and /manacannon maps!