Battle On For MORE Rewards All Weekend!

Login any time ALL WEEKEND on ANY server to get DOUBLE Gold, Class Points, Rep, or EXP from any battle or quest! These boosts stack with the AC Boosts available in the Class Shop in Battleon, so if you needed help leveling up, this weekend is the to play! 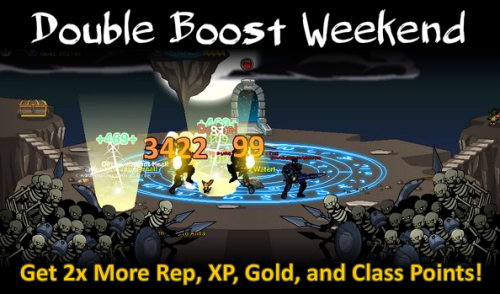 Get in there and Battle On!

The AQW team said they had something BIG planned for while I was on vacation, but I didn't expect THIS! If you want to crush your enemies (and look like an enormous hero while doing it), you should check out the shop in your game menu. Cysero's got more details in his Design Notes!

Chaos in the Lab!

When I told Artix I was going to be gone for a week, he said "Have a great trip! Be scared of what we do while you are gone! *big grin*" ... And he was right! From what I hear, you guys have had a HUGE week full of Chaos! (I am not surprised!) 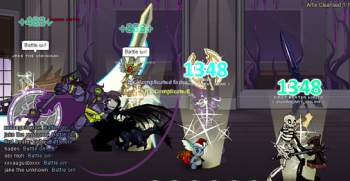 Have a blast playing Runester333's awesomely chaotic release! I am going to go check it out now, then go start training because while I was on vacation (AFTER we found the beast below)... 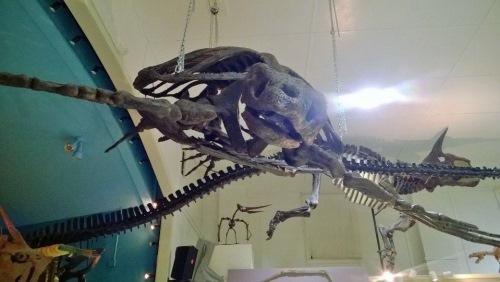 Flying giant turtle skeleton is happy to eat you!

Rolith and I raced an antelope across the grasslands... and LOST. You know what THAT means: training montage and a victory soundtrack... then a rematch! But first, time to play this weekend's release!