AQ3D was Greenlit on Steam

Yesterday was a VERY good day for us. In addition to the AQ3D Kickstater reaching its goal, AQ3D was also approved by STEAM GREENLIGHT! 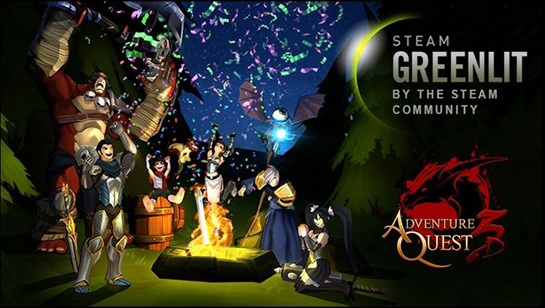 I probably don't need to tell you but we were jumping up and down as the Kickstarter ticked over the $200,000 mark, but about an hour later when STEAM approved us, we were going out of our minds! Now, we've calmed down. These are both amazingly good things for AQ3D and AE, but they also represent a LOT of work ahead of us.

Being Greenlit DOES NOT mean that AQ3D is on Steam yet.

Being Greenlit on Steam means that you and the Steam community have upvoted the project, made us the #4 most popular game on Greenlight, Steam took notice and has decided that AQ3D would be a good fit once we have a version of the game ready to distribute.

It means that, once AQ3D is ready, it WILL appear on Steam.

We are currently working in the Steam SDK and taking our first steps toward having a Steam-ready version of AQ3D but even an early release version probably won't be ready until AT LEAST summer, same as the mobile beta releases.

Until then we will be keeping you updated on the development of the game on the AQ3D design notes. 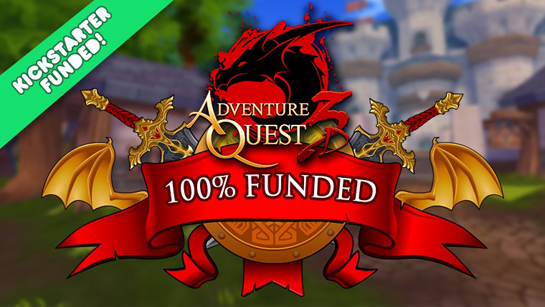 The Kickstarter is still going on! We have reached our goal but we will keep taking pledges until the campaign ends on January 1st. If you want to become a backer and Founder of AQ3D, you have until January 1st to make your pledge.

The Kickstarter has raised over $208,000 for AQ3D. These are the funds that we're going to use to MAKE the game for the next 6 months or so. We have a decent alpha which many of you are already testing but it has a long way to go to become the game of our dreams. Now, thanks to you, we have the funding to complete AQ3D. These funds will be allocated to development costs like software (more Unity5 licences and existing plugins and tools to help us build the game, etc), hardware (servers, etc), and paying the developers.

We won't see any of the Kickstarter funds until January 1st, when the Kickstarter ends, but we're still working hard on the game until we get the funding which you have provided.

Now that we are funded, we are over-funding and unlocking stretch goals. The first two stretch goals were reached in the first day and the more the Kickstarter earns for AQ3D, the more we are able to use those funds to develop the game further. 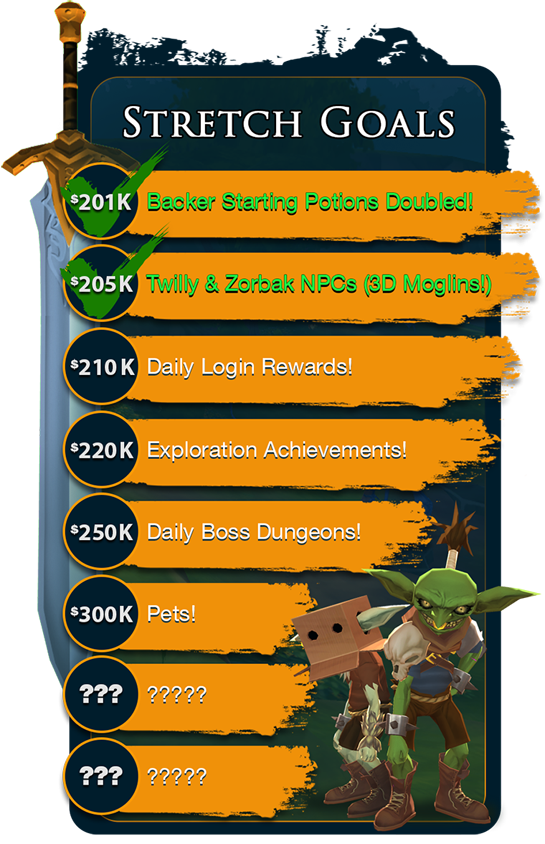 Failing to reach a stretch goal does NOT mean that item won't be in the game. For example, if we don't hit $300K there might still be pets in the game in some form in the distant future, but hitting the $300K stretch goal guarantees that pets WILL be in AQ3D and much sooner. The more funding the game gets, the more resources we have to make the game better.

If you were waiting until we were funded or Greenlit to back AQ3D then NOW is your time!

THIS IS ALL YOU!

I just want to remind you that YOU are the backers who are making AQ3D possible and YOU are the ones who made us the #4 game, out of thousands of games, on Steam Greenlight. We are in your debt, literally. We owe you a great game and we won't let you down.