Welcome to the Corrupted Chronomancer Design Notes! The design team -- after weeks of brainstorming, design, testing, and tweaking -- has outdone itself with the skill set for this new Chronomancer Class. With a crazy fun new mechanic and the potential to add in new updates in the future, for the first time ever, we are changing the course of space and time… and the rarity of the Calendar Class. 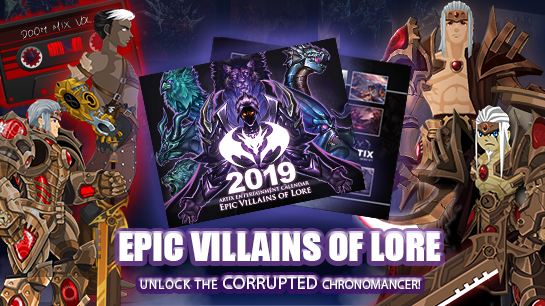 Head over to Heromart to get your first glimpse of the 2019 Calendar!

All about the Class:

We are trying something new again and have built a class around several unique class-only consumables*. There are 6 consumable items that act as a pseudo sixth skill you can use to customize the class to your needs. 3 of them are Hourglasses. Hourglasses provide a base to your class. They either flat out buff you in specific ways or provide complicated interactions. Then, there are 3 Corruptions. These corrupt your skills with different gameplay elements. You can prepare before a fight by equipping and using an Hourglass. Hourglasses last up to 2 hours (or until you log out or die). Then, switch to a Corruption to use during fights. The Hourglass aura will remain, meaning you can mix and match any one Hourglass with any one Corruption. Using a different Hourglass will remove all other Hourglass auras . Same goes for Corruption. You can only have one Hourglass and one Corruption on at a time. Also, did I mention this is all free and included with the class? You can also pick up a shop pet in the Book of Lore which will make it easy to top off your stacks of Hourglasses and Corruption.

*These items ONLY provide a benefit to Corrupted Chronomancer

Description: Recommended Enhancements: Lucky, Hybrid. Corrupted Chronomancers rely on Hourglasses and Corruption they create using their Hourglass Pet (equip-able items found in the Book of Lore) to manipulate and distort time itself.

ManaRegen: Corrupted Chronomancers gain mana from all hits landed in combat, and especially on critical hits.  The amount depends on damage relative to *their own* HP total. 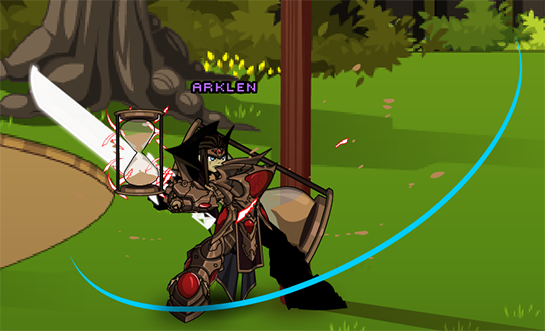 Rank 1: Sand Rift Deals damage to your target and applies Temporal Rift to you. Temporal Rift stacks 4 times and is used by your other abilities. 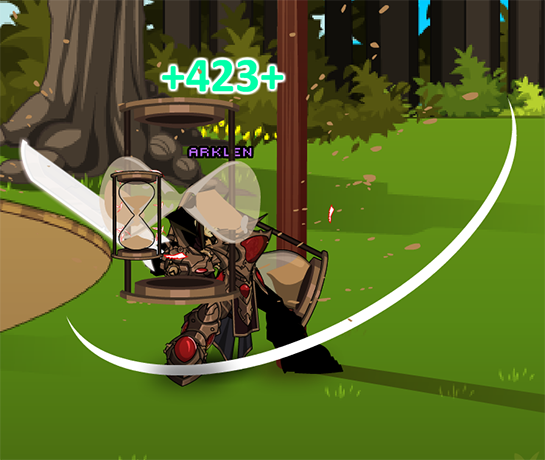 Rank 2: Hourglass Inversion Reverses time to heal you. Heal is increased by stacks of Temporal Rift and consumes those stacks. 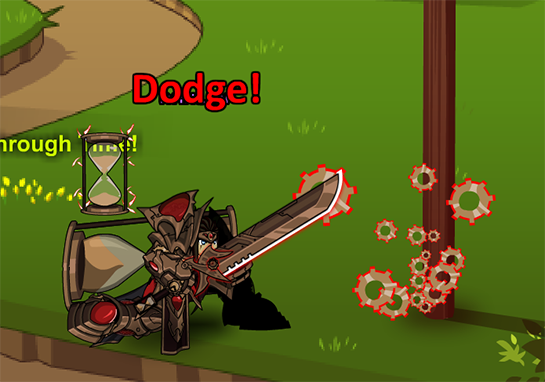 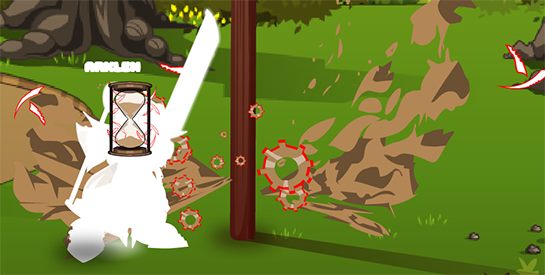 Rank 5:  Temporal Collapse Deals damage to your target based on the damage you've recently dealt while under the effects of Temporal Rift (in the past 10 seconds).  Consumes Temporal Rift stacks.

Rank 10 Passive: Timesmith Starting from Rank 1, you can equip Hourglasses and Corruption as a consumable to enhance your other skills.

Note: This one is as straight forward as you can get. It’s a broad buff on everything you want. It doesn’t complicate things or add strategy. You just smash it and go.

Hourglass of Paradise [Corrupted Chronomancer Class]For the next 2hrs, your Corruption Through Time skill now also toggles between several new buffs. You get a mana and heal over time, a reduction in damage taken by 60% and increased haste by 50%. Also, your crit chance and damage are reduced by 30%. These auras last 2hrs and toggle on and off each time you use Hourglass Inversion.

Note: Mix this with an offensive Corruption to mitigate some of the Corruption’s defensive weakness. Turn Paradise off right before your nuke for great sustain AND damage!

Hourglass of Transience [Corrupted Chronomancer Class]For the next 2hrs, Corruption Through Time makes you Transient for 20s. Applies a growing DoT to you. Using it again applies Ephemeral for 5s. Buffs dodge & damage by 50%. Using Hourglass Inversion while Transient gives you Incorporeal for 10s. Increases END & Haste by 50% & removes Transient & Ephemeral. While Transient, Sand Rift applies Flow. Increases enemy damage taken by 15% for 5s, stacks to 3. While Stable, it instead applies Ebb for 8s. Gives a growing DoT

Note: This Hourglass lives up to its namesake- your life is quite temporary and chaotic. But, balance your resources, and you'll find it paying off handsomely. Get Ephemeral and you'll be dishing out huge damage while being nearly invincible- but your stay will be quite temporary. Stabilize yourself out and you'll act faster and gain health- but you'll lose your Temporal Rift stacks. Try to strike a balance alternating between these two skills, and you'll be able to extract the item's full power- but don't get too greedy!

Infinite Corruption [Corrupted Chronomancer Class]For the next 30 seconds your Corrupted Sand Strike applies a DoT that stacks 15 times and lasts 40 seconds. Your Hourglass Inversion now applies a Heal over Time that lasts for 20 seconds and doesn’t stack.

Note: Throwback to Infinity Knight/Chrono DragonKnight where DoT/HoTs were the highlight of Chrono classes. Provides great synergy if an Arachnomancer is being used to further increase their DoTs which Temporal Rift records for an even more powerful nuke.

Entropic Corruption [Corrupted Chronomancer Class]For the next 30 seconds your Corruption Through Time skill now also reduces mana costs by 50% and increases Haste by 30% for 7 second. It also increases damage done by 100% for 4 seconds, and increases damage taken by 150% for 10 seconds. Finally, it gives up to 6 enemies Focus, forcing them to attack you for 3 seconds. 20 second cooldown.

Note: This Corruption grants massive power boosts, but severely increases the amount of damage you take. In addition, Sand Rift starts applying Focus to monsters, forcing them to target you and making parties less of a safety net. You may have to combine this with a defensive Corruption or something like Archpaladin in order to get the rewards from this risky Corruption.

Foresee Corruption [Corrupted Chronomancer Class]For the next 10s your Corruption Through Time skill now also applies Foresee for 150s. Using this hourglass while Foresee is active will consume it and apply Seer for 20s. Using Corruption Through Time while Seer is active removes it and applies Change the Future which applies Focus, reduces damage taken by 80%, increases Dodge Chance, Haste, Hit Chance, Critical Strike Damage, and Outgoing Damage by 100% for 5s. 40s cooldown.

Note: This is the slow burn of Corruption in its slowest of slow forms. The damage boost is one of the highest in the game, the defense fits the cap and that’s not even half of what you get! Patience is power here.