Talk Like a Pirate Day 2015 begins Friday, September 18th as Quibble Coinbiter arrives in Battleon with all new piratical loot! Check out the image below for a first look at next week's piratical gear! 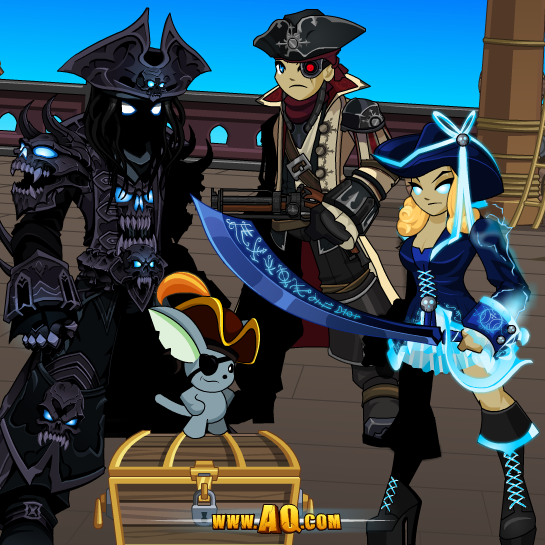 Not pictured: Mechanical Naval Commander or the many accessories and pets that will also arrive in Quibble Coinbiter's TLaPD shop!

We've also got a new story release planned for next week, written by Zereldo, the Pirate Mage! Hunt for Blazebeard, the rogue pirate as he attempts to create one of the most destructive weapons known to the Embersea islanders -- the Mana Cannon! Then check out some of the reward gear on Memet's Twitter account!