"There is power in blood. Coming from a long line of titans, your blood is especially potent. You have mastered the ability of calling on the power running through your veins to bring devastation to your foes. "
- Scroll of Nine Deaths 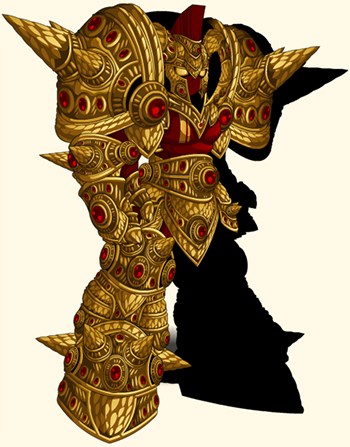 How, When and Where To get Your Blood Titan Class

The class arrives Friday and there will be 2 ways to get it.

I'm A Member. How Do I Get Tokens?

Right now there is only one way to get Blood Titan Tokens. They are drops off of the Blood Titan and Ultra Blood Titan monsters in /join bloodtitan. Friday we will be adding another way to farm tokens too. Members will be able to complete repeatable quests on the Shi Mar character which will reward you with anywhere from 1 to 25 tokens at random!

This class is VERY tanky. It can do some damage but the concept behind it is survivability. It was built to last. The skill concepts come from one of our very useful balance testers, Dmage12 (thanks!). If you feel like your main class is too squishy, like your fights don't last mong enough or your guild needs a serious tank for boss fights then this the class for you. It has all the power and elegance of an 18 wheeler driving through a Walmart.

This class is built on the Warrior mana regen model so the more damage you take the more mana you get. I would strongly suggest using Warrior Enhancements, but as always I'm interested to see what builds you guys come up with in the game and on the forums.

This attack causes light to moderate damage based on the difference between your MAX and CURRENT HP. The Weaker you are, the harder you hit. Also saps some of your foe's life and and heals you.

VERY fast, Low mana cost = spammable heal. You will be using this a LOT. It's so cheap that you probably won't think that you'd run out of mana (especially since this is the only skill that uses mana) but you use it enough that you might want to keep an eye on that.

Consume some of your own life essence (HP) to do moderate damage to your foe as well as briefly increasing your damage and speed.

A moderate damage attack with a decent buff to your DAMAGE and HASTE. The thing to note is that this and all the other BT skills from this point consume HP instead of mana.

Consumes a fifth of your life to greatly increase your damage resistance for 8 seconds. If you have a monster targeted it will also force them to attack  only you for 5 seconds.

This is a GREAT skill, period.

It takes a good chunk of your life and does no damage to your enemy but gives you a TITANIC 75% damage resist buff for 8 seconds.

Think about that for a second.

You're reducing a 2K crit against you to only 500 HP! In addition to that it has a Taunt effect that grabs monster (not Player) aggro for 5 seconds! That means that you smack the monster in the face and keep him off of your less durable friends and guildmates. This skill is what makes BT a true tank.

A base 10% damage resist added across the board and 10% Endruance boost means more HP for you to eat.

If you kill yourself by eating too much of your own HP (you can kill yourself with this class), this is the skill that you will use to do it. It does a decent amount of damage, makes the target extra squishy (Let your team know when you're about to use it so they can pour on their nukes while its weakened) and slows them down while making you stronger AND increasing your damage resist another 35%!

Let's get mathmatical. If you use Crimson Shield (75% Damage Resist) and this skill (35% Damage Resist) plus your 10% Damage Resist from Fortified Blood, you get a grand total of 120% Damage resist. That means that in the short span of time when you have both powers active you will get HEALED from enemies attacks! It will look a little like this. 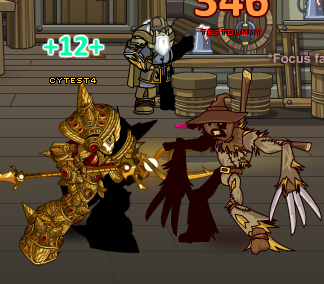 It's not huge heal but you ARE actually getting HP back from being attacked. Now THAT is a tank!

Once in a great while, you tap the full potential of your powerful blood and greatly increase your damage output, damage resistance and haste for a short time.

Does exactly what it says. For a short time you become SUPERTANK!

When playing this class you will be tempted to try and full heal yourself. It's important to remember that this is notht eh point of the class. The point is to NOT reach 0 health which is distinctly different.