This LQS will make you say OMG!

"Blood for GOLD!" That is the cry of the Omega Mercenary Group, a posse dedicated to filling their purses while pursuing their prey across Lore and the Galaxy! And now YOU can join their crew when you access this Saturday at 3AM EST! Make sure you check your time zone and set your alarm (or more than one, to be safe!), because you won't want to miss this gear designed exclusively by Mennace.

If you're a soldier of fortune, or just enjoy dressing as one, you too could own these cutthroat equips! IF you've got the ACs. Prices will come as soon as we sit down and figure them out. Most likely tomorrow during the day. 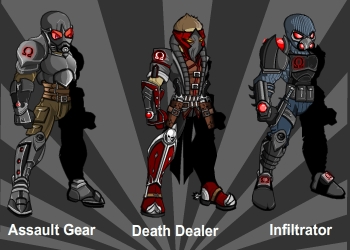 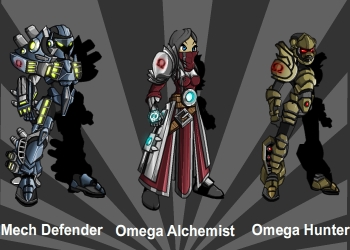 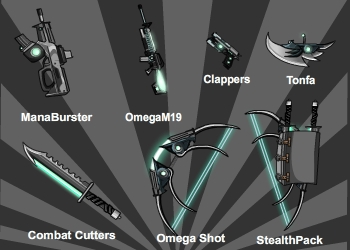 Bloodtusk Ravine is an unforgiving plateau surrounded on all sides by jungle. Lending its name to the area, a narrow ravine splits the plateau in half... and separates two races which have raged at each other for generations! You've already met (or battled) members of both species, but this week you'll get to know them much, much better:

The Horcs: Primal, savage, the ultimate warriors defending their home and their people from a threat others would dismiss out of hand. Tribal and untamed, wilderness lives inside each Horc, a fact which threatens their unwilling neighbors.

Possessing strength and endurance beyond any race in their lands, 200 years ago the Horcs were used by the Trolls for manual labor, treated by them as second class citizens, until they rose up and claimed the other side of the ravine. 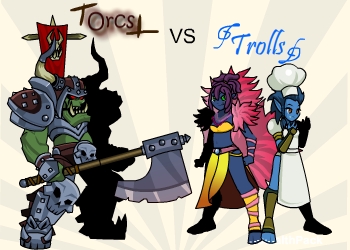 The Trolls: Brilliant thinkers and philosophers, patrons of the arts in all their many forms, and strategists beyond compare. Using their superior knowledge and cunning, the trolls managed to dominate the fiercer Horcs for centuries.

They revel in pleasure now, focusing on the glory of Art and Culture, but a movement among them longs to return to the days when they had conquered the whole of the plateau through the might of their intellect.

The uneasy peace between the two camps is about to come to an end. Something - or someone- is setting fires of discontent and fear among both the Horcs and the Trolls, and is eager to dance in the flames as Chaos consumes their country! The next Lord of Chaos is rising.