Tonight, get ready to leave Lore and travel to a distant planet: Delta V! The megalomaniacal scientist Alydriah Descarl has been collecting rare beasts from different worlds and performing cruel genetic experiements on them - her own personal BioBeast army! But the Beasts aren't having it, and the Lab's robotic assistant, Plink, wants to recuit YOU to help them escape! 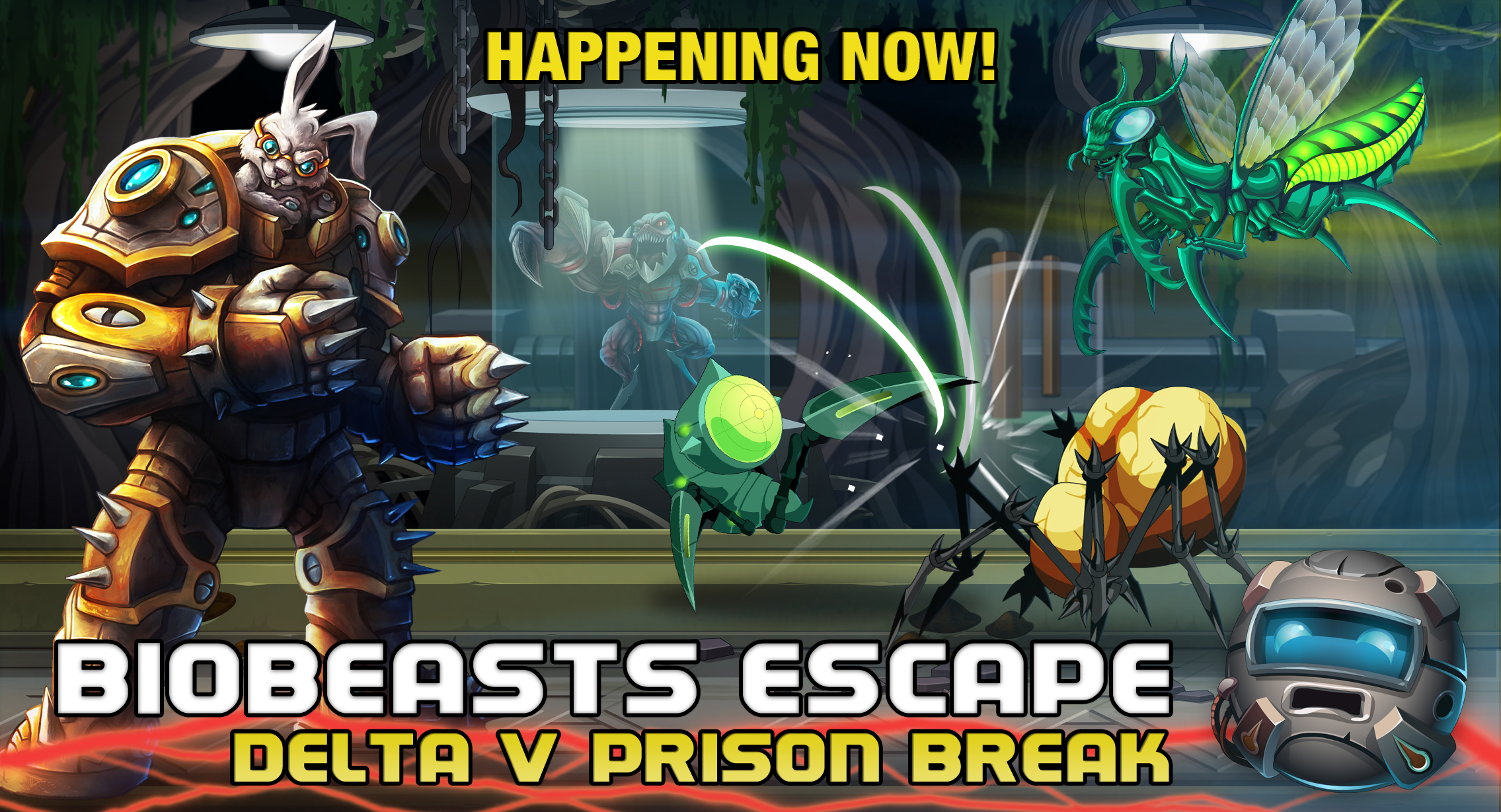 Don't mess with that bunny.

This week's release is based on our newest mobile game, BioBeasts. This makes me incredibly excited and happy, because BioBeasts is my jam. I'm not even just saying that because I did a lot of art for the game, I swear! I've never really been a big mobile player, but BioBeasts has the kind of fast arcade-style gameplay I grew up with, and it managed to suck me in HARD. I play it in bed. I play it in the car. I play it in the shower with my phone in a plastic bag. (Don't try that last one yourself, I am setting a really bad example here.)

Anyway, point is, I love this game.

So, of course when I was asked to create a BioBeasts themed release for AQWorlds, I squealed like an otaku at a pocky factory, and set to work creating a fun dungeon crawl featuring all of our favorite Biobeasts (and enemies!) from the original game. 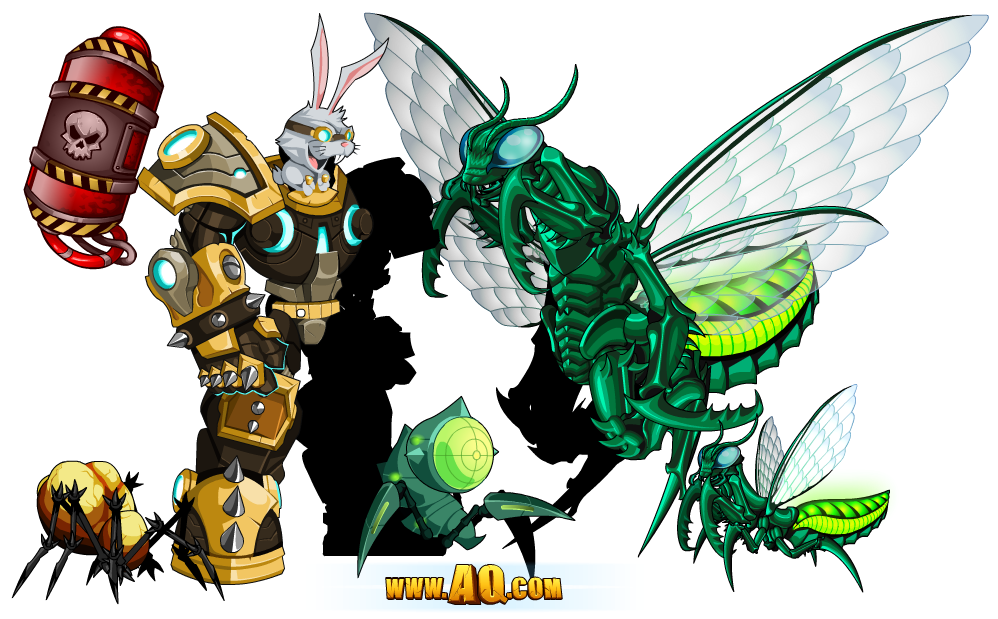 Be a Toxic Mantis! Or keep one as a pet.

The team has also put together a ton of cool BioBeasts-themed gear, including:

Are you excited? I'm excited.

BioBeasts - from the creators of EpicDuel - is now available for Android and iOS mobile devices! Download it now and become as addicted as I am.