Listen to the soundtrack for this week's release before it is live!*

Xeven's themesong from the new www.AQ.com Throne of Darkness release was written and performed by Ghost. You may recognize his style... he did most of the music in DragonFable too! I am really excited to see you reaction to tonight's new story release. The map looks crazy, but the actual adventure is a fun, daring, and often deadly chase through time and space. Who are you chasing exactly? Xeven the time traveling assassin of course! After the first release, a lot of players commented that Xeven was too cute and nice to be a villain. As usual, I rewrote the script for this week's release to intertwine our player's comments into it. Be sure to let me know how you feel about her *after* you make it through the Paradox Portal. Her attempts to kill you may be offset by the promises of cake. 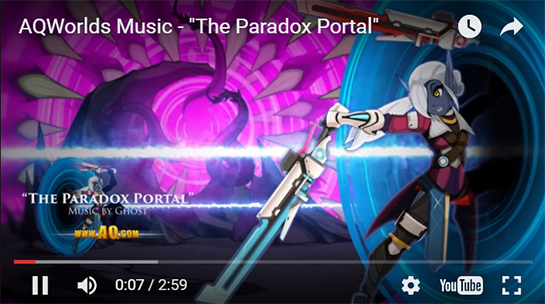