Battle for epic loot and to save the Prime Water Dragon

Ahoy, me hearties! Log in this weekend for Part II of our Talk Like a Pirate Day 2022 event! Your quest for an ancient artifact continues with a fundamental, elemental twist: the treasure you've been hunting is the Exiled Champion of Earth?!* Now you have a new goal: defeat Neso's Guardian and free the exiled Champion of Earth from their underwater prison. 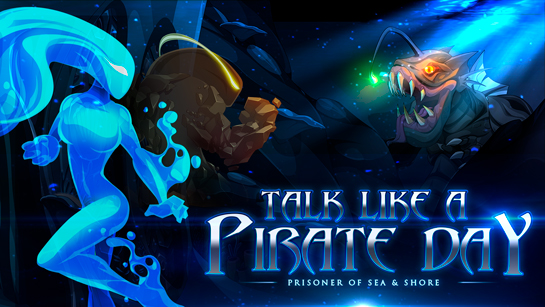 Complete last week's story update in /lowtide, then continue your adventure in /aluteanursey! If you haven't checked them out yet, /join all our seasonal Talk Like a Pirate Day maps and battle for loot, booty, and adventy-ARRRRR!

* Tremblor and Neso, the Avatars of Earth and Water, have some explaining to do!

The Story So Far: The Sea Witch's Treasure...

Last week, we released part 1 of our TLaPD 2022 holiday event story in /lowtide. You and your fellow heroes had to battle alongside Captain Rhubarb to recover an ancient artifact from a powerful Sea Witch bent on revenge. After investigating, the looming question was... did her treasure REALLY remain trapped in the sea? O_O 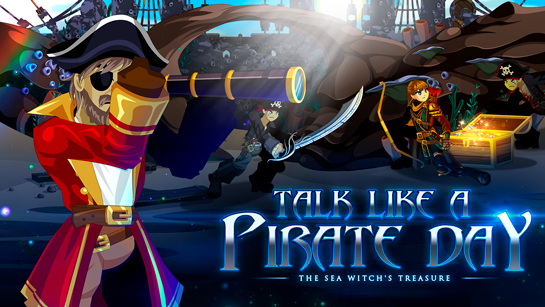 Battle monsters and the boss in this weekend's event in /aluteanursery to collect all 35 of our new boss + quest drops, plus unlock 36 new items in the merge shop (including the color-custom pieces of the Naval Guard and DeepSea Star Pirate sets). 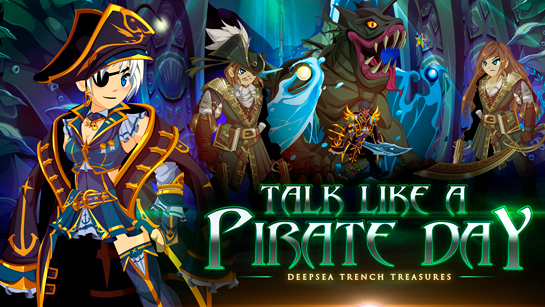 And don't miss all of the rewards in last week's story update in the /lowtide map. 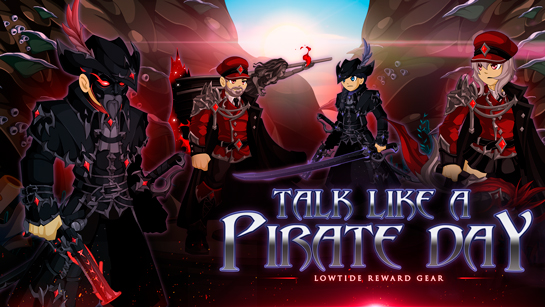 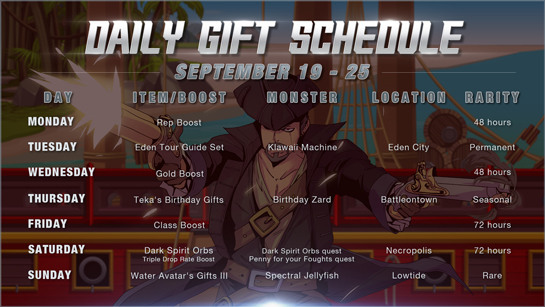