With Darkon’s Saga reaching its halfway point, we decided to hold a Darkon fan art contest to celebrate! Can you channel your nightmares into creating something truly dark for him? Just make sure your tribute features the lord of nightmares himself, or at least one member of The Scale! 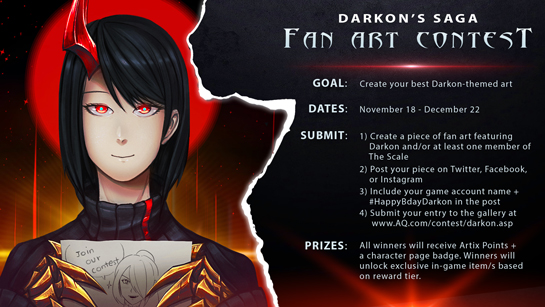 - An in-game item based on Darkon

- In-game items from the other winning tiers.

- An in-game item from Runner Up tier.

Darkon, The Scale, and the whole team at Artix Entertainment wish you luck!

You can check out all the entries, and also enter your own fan art RIGHT HERE