Often, Cylisse (the writer for Darkon's Saga) will do "story threads" on Twitter. We're going to start posting those here, so everyone can enjoy them. But today... we've got a special thread from Darkon, sharing his thoughts on where the story is at, his thought processes on its development, and what this update means to him! 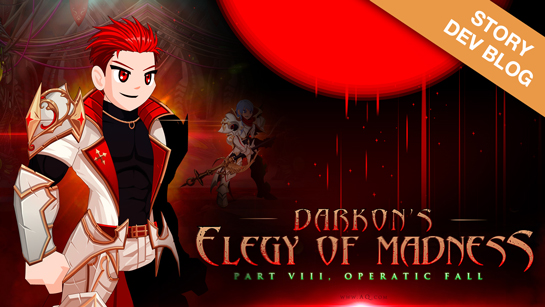 Happy Monday! I usually don't make a twitter thread for Darkon Saga, but part 8 is special to me, and judging from the reactions, to many of you as well, so here is my small thread!

I've first actually planned out the whole saga after the first Garden event, and that's when I have a better idea on what I'd like to do. One of the first things that came to mind was this particular moment between Darkon and Suki at the end of the third cutscene, where they have a conversation about the sun rising, and Darkon wishing to stay in that moment with Suki forever, not wishing for morning to come. Working with that idea in mind as the goal leads to the creation of the Eridani event, where the villagers are stuck in one long night that lasts forever.

As Darkon is stuck in the Garden where time flows unnaturally, he affects others with the same condition as well, but that’s a result of his own emotion, combined with other reasons that will be explored in part 9 (coming out on May the 27th!)

Though the creation of this event goes back further than 2 years. The portal room is a recreation of my first Darkon's map concept I drew in 2011, making this more than 10 years old already. Though the story's changed a lot, I'm still glad I'm able to reuse it.

Writing out the outline for part 7 and 8 at the same time, I noticed that part 8 final cutscene is going to be very heavy, so there are some changes I have to made. Like giving Drago his scar off-screen in part 7, and move some dialogues into NPC popup. 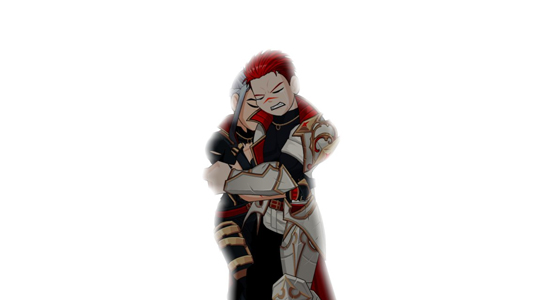 Working on part 7 and 8, I usually have ideas that come to my mind at the most unusual time, mostly at 3-5AM, where I have to open up my phone and note down those ideas before I go to sleep. Examples of those ideas include “Drago tosses Suki’s emblem to Darkon” and ``during Alprecha explaining the cycle, show storybook flashback” and these ideas lead to what you’ve experienced in the final cutscene.

The storybook section has been repeated 2 times before in the previous 2 events, which I hope adds to the revelation of the truth behind those lies when you hear the true story from Alprecha in this event! With so many heavy revelations, I’ve tried to place them in separate cutscenes in each event, while choosing to end each event with a cliffhanger (deciding on a cliffhanger for each event might be the most fun part for me, as that adds to the anticipation for the next event. 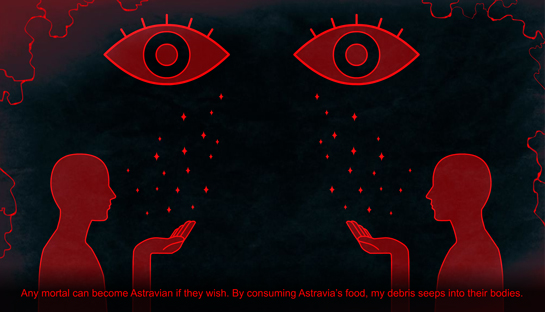 There are many storytelling methods we can do in AQW, from cutscenes, quests, and NPC dialogues, but another option I’m interested in is through the NPC arts. As the saga goes through a long period of time in the story, the NPC should also reflect those changes in the way they dress. The best example would be Darkon and Suki, as you see their relationship progress, Suki is adapting to become a part of the Astravians, while also holding onto her Seraphic Paladin root. The question remains, what happens to Darkon for him to get his current form?

But the final result is amazing! Everyone on the team has done such an amazing job. Couldn't have this possible without them. From Ghost's perfect timing on the final moment of the last cutscene, Cylisse's emotional dialogues, and Jongaar's amazing map music.

And most of all, thank you to every players who've played it and shared your emotions with us! I love hearing all your thoughts (and tears.) We will work hard from here on as well! Special thanks to Dove for lending me songs from DF to use. I love DF songs so much!