"Hello Darling. It’s me, Elvira, Mistress of the Dark! I'm hosting Artix Entertainment's 20th anniversary... and you're the guest of honor. Join us inside the video games AdventureQuest 3D and AdventureQuest Worlds for a marathon of cursed B-horror adventures." On Tuesday, Part I of the event began in both games. Tonight, log in and /join yulgar20 now for the finale of AQWorlds' Anniversary adventure. It continues with... Elvira kidnapped by the DEATH OF GAMES! X_X 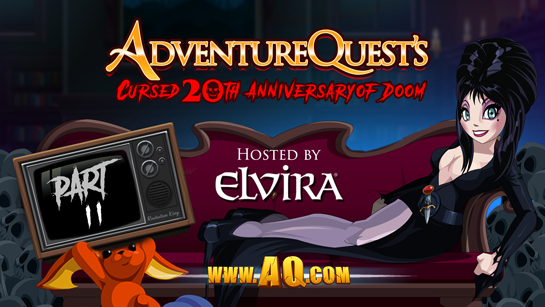 If you already battled through Part I, you can /join deathofgames to begin Part II now, or begin the adventure in /yulgar20! It’s time to do what you do best: battle through our game worlds, save Elvira, and defeat the Death of Games to save our future! Plus, unlock a new character page badge once you complete the entire event. 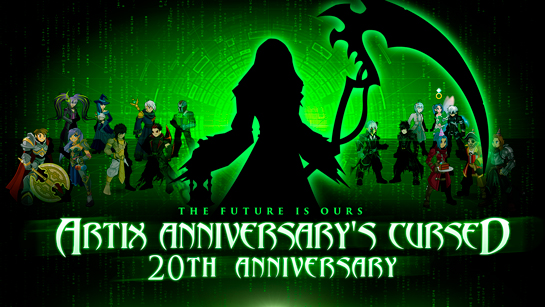 It wouldn't be an anniversary party without MORE PRESENTS! /join yulgarparty to start collecting over 25 new drops from Twilly's Treasure Pile monster + quest. Plus, unlock a new character page badge the first time you complete his quest! 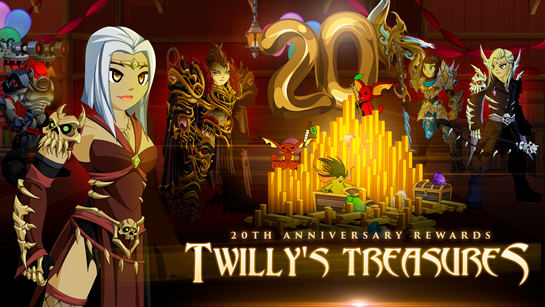 Our next 14th Birthday Functionality gift is LIVE! Make sure you restart your Game Launcher to get the newest version of the game client, then log in and head to a shop. You'll find the multi-turnin / buy / sell feature is now available! 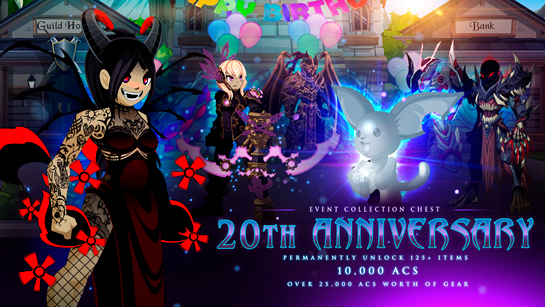 It’s AQWorld’s 14th birthday and Artix Entertainment’s 20th anniversary! To celebrate, we bring you a much-anticipated, color-custom endgame class: the Master of Mana... Archmage Class! Check out all the ArchMage details in this Design Notes post. 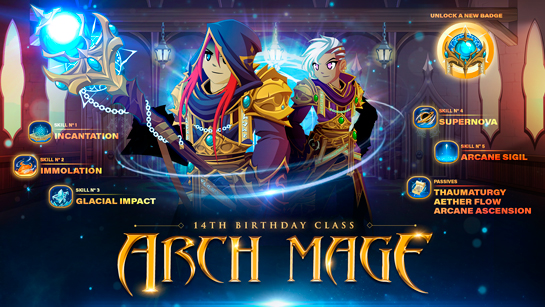 That's right, you heard her. We got the real Mistress of the Dark, Elvira herself, to host our 20th Anniversary Special event in AdventureQuest Worlds and AdventureQuest 3D! How do you play the special event? Just login to either game and make your way to the main town. Elvira is waiting for you there. 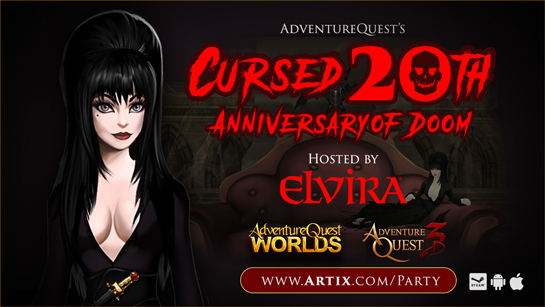 Thank you for battling alongside us

None of this could have happened without you. You are not just the hero in our games… You're the reason this all exists. Happy anniversary to you and our entire video game community!