"Hello Darling. It’s me, Elvira, Mistress of the Dark! I'm hosting Artix Entertainment's 20th anniversary... and you're the guest of honor. Join us inside the video games AdventureQuest 3D and AdventureQuest Worlds for a marathon of cursed B-horror adventures." Log in now and talk to Elvira in Battleon to begin this once-in-an-unlifetime adventure... 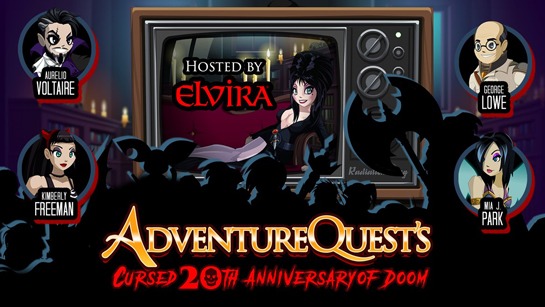 That's right, you heard her. We got the real Mistress of the Dark, Elvira herself, to host our 20th Anniversary Special event. But that's not all... she's joined by a cast of our fan-favorite special guests: Kimberly, Aurelio Voltaire, George Lowe, and Mia J Park. Plus... we brought back Beleen to write the event with Artix! 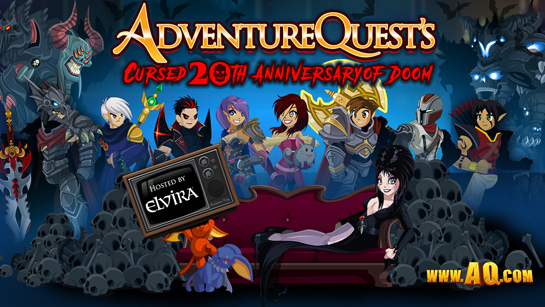 Head to Scarbucks. You're now employed and it's YOUR job to serve the customers. Even when they want Mia the Mer-Angel. O_O

Afkquest
Just do nothing. Really. Don't. Click. ANYTHING. No matter what George Lowe says. (This is how you unlock the 500 free AdventureCoins!)

SpacePony
You are the Captain. Your ship, run by the AI Kimberly Freeman, has crashed on an abandoned moon. Ensign Ash is dead. He was killed by... ZOMBIE PONIES IN SPAAAAACE! Time to kill them all and get home WITHOUT endangering the rest of the planet! 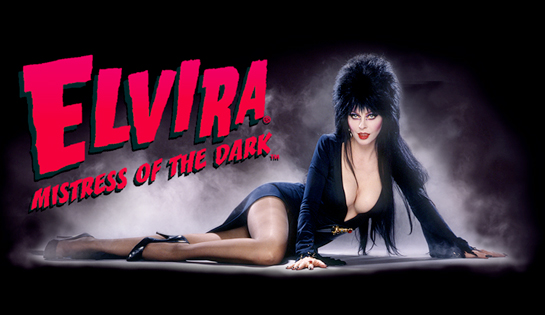 The B-horror video game show must go on!

How do you play the special event? Just login to either game and make your way to the main town. Elvira is waiting for you there.

Happy anniversary to you and our entire video game community.

P.S. Warning! This is an anything goes special event.
P.P.S. Also be sure to check out AdventureQuest World's version of the event!