As we continue adding in new quality of life updates to the game, we've found some of them have had an unexpected impact on game balance, the flow of older content, and in some cases, have caused additional server strain. Today's change: Fire Dragon Scale drop per mob changed to x1 (on the "Fire Dragon Scales" quest from the /firewar map) 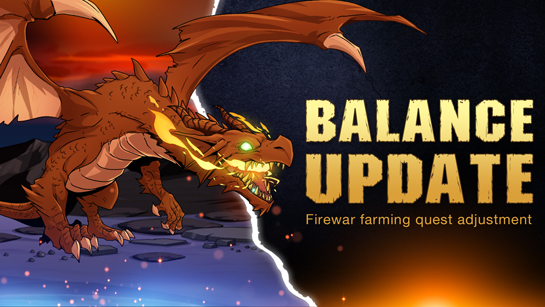 The recent QoL change -- being able to turn in quests during combat --made several quests significantly faster to farm. This is adding an unexpected amount of strain on the server and creating some unintentionally-overpowered farming spots. (Firewar, in particular, was affected by this because of its set-up.)

We'll be monitoring this change for a day or two to see the impact it has on the server + balance. The next adjustment, planned for later this week, is a buff to the gold rewards.

Additional changes to /firewar and other areas may be needed going forward as we continue seeing how the QoL changes impact those older areas. As always, we're watching for your feedback and will make adjustments as necessary based on your feedback and what we see from the data in-game.

Last call for TRIPLE Dark Spirit Orbs and Void Aura boosted drop rates! We extended it through 11:59 PM EST tonight so everyone could make the most of the double resource reward boost. Only a few hours left... 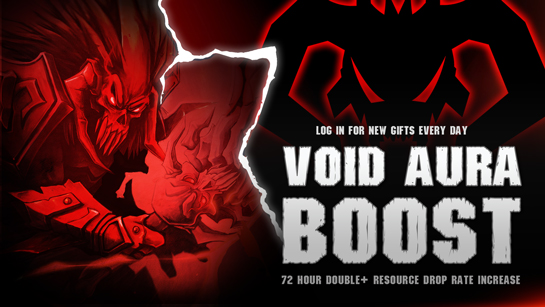