The End OF All Things - Part 1

12-12-12 has finally arrived, and with it, the beginning of the end. Kezeroth The World Ender is about to be awoken!

This is the first part of AQW's 2 part special Frostval Event. ANYONE can participate in this event without having completed the previous years events (but it is recommended thast you do). The second part will be on Friday December 21st (AKA Just Another Day) assuming that the world doesn't end (It won't).

As usual, the event NPC (Athon the Crhonomancer) has a Seasonal Rare Shop that you can unlock by completing the event but if you make it to the bottom of FrostDeep Dungeon, you will also be able to claim the Sword of Hope! 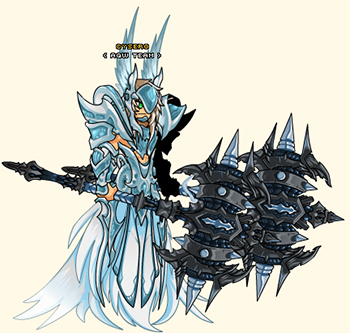 This special release has taken an unbelievable amount of effort on the part of the AQW team to complete by Wednesday (even of it's a late one). Every single contributing staff member has pulled at LEAST one all-nighter this week to get this out today.

So What Happens Friday?

On Friday, out Chronomancers, Chornocorruptors, TimeKillers and Members will get special side-quests added to this release with exclusive rewards for each of these sub-sets of people. Quibble will be receiving a TON of new Frostval Items including a new rare bank Pet for 2012! The Big Red Bag of Member Presents and Tinsel with her non-member present quests will also be arriving on Friday not to mention it's Beleen's Super-Pink Birthday (with a super-pink birthday shop!)

That is a LOT of stuff in one week, but it's Frostval and that puts everyone in a giving mood! :) 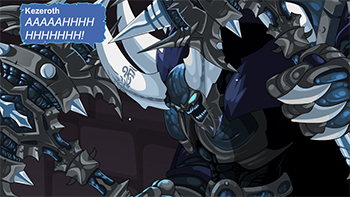 8 days until Just Another Day